The prankster, real name Simon Brodkin, has extended his stand-up tour and will be on stage in Middleton for the first time on Friday, 13 October 2017.

Over the last few years, the comedian’s high-profile stunts have hit the headlines, including fooling Simon Cowell by faking his way onto a live audition for Britain’s Got Talent dressed as a Jewish orthodox rapper. He has also thrown fake bank notes at former FIFA president Sepp Blatter and sabotaged the re-opening of Donald Trump’s golf course in Scotland as the US president was making a speech!!

Simon’s alter ego Lee Nelson burst onto the scene clad from baseball cap to white trainer in sportswear logos and cheap-and-chunky bling, fag behind the ear and can of Stella in hand. Now suited and booted, a more thoughtful Lee has begun to engage with life outside his estate and is grappling with bigger issues!  On television he’s had two series of ‘Lee Nelson’s Well Good Show’ (BBC3), and has also appeared on Comedy Rocks (ITV) and Channel 4’s Comedy Gala.

This week he begins a 4 week run at the Edinburgh Festival. He’s taken six previous shows to the fringe and is a previous winner of the Writer’s Guild Award for Best Newcomer.

Tickets (£20) available to book your tickets on Link4Life, call 0300 303 8633 or visit www.seetickets.com  Or you can buy tickets in person at Heywood Civic Centre. 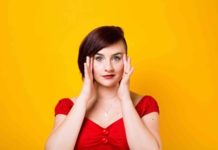 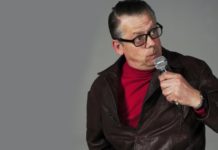 John Shuttleworth’s back… in Oldham 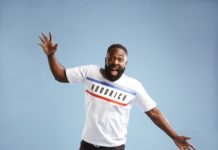 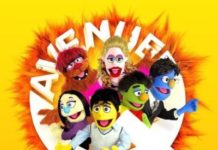 What’s all the Fuzz about?

Brian Pern takes to the stage as Simon Day comes to Waterside with his...

Charity comedy gig in Manchester to help raise over £1million for vulnerable people in...