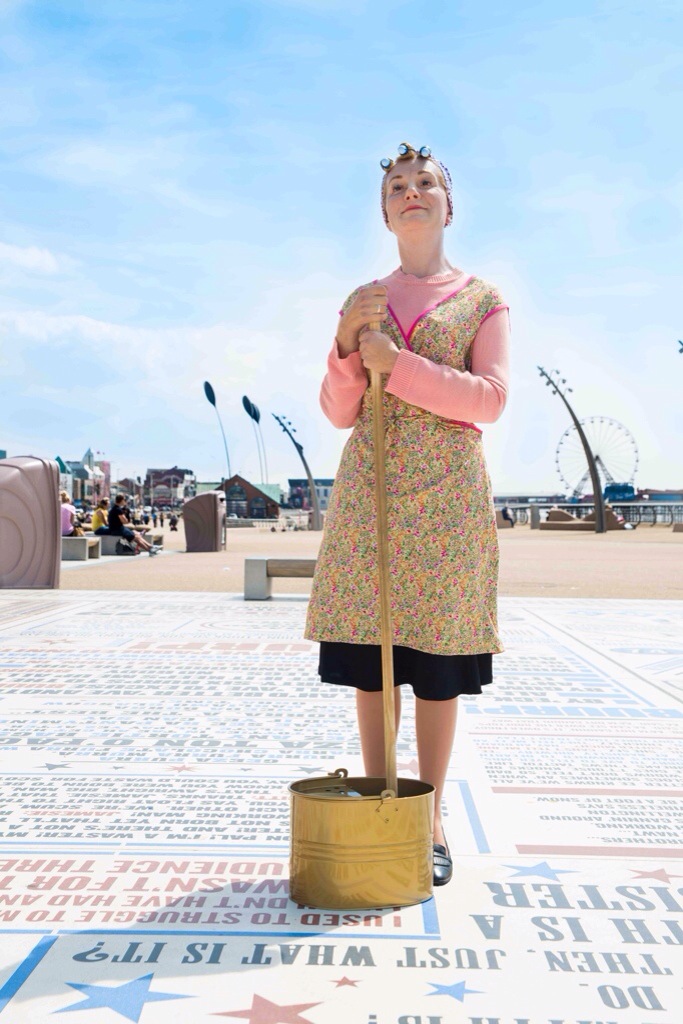 One of the best-loved characters in the history of the small screen, Coronation Street’s busy body Hilda Ogden celebrates her 50th anniversary since bursting on to the famous street this week.

To mark the special occasion, Madame Tussauds Blackpool has presented Hilda with a commemorative golden bucket in a tribute to her time spent mopping the floor of the Rovers Return.

The character, played by Jean Alexander, gained national affection during her 23 years on the street. As one of the Weatherfield’s most iconic residents, Hilda Ogden represented a generation of working-class British women.

Famed for her comic storylines and becoming the original soap gossip, her character had a trilling voice and a temper to match but she also had a tender side. In an unforgettable scene, she made the nation weep in front of their TV screens as she shed a tear at the sight of her recently deceased husband’s glasses in 1984.

The Hilda Ogden wax figure that is permanently homed at Madame Tussauds Blackpool sees the character in her trademark look of hair curlers, a headscarf and pinny along with her famous mop and bucket.

The wax figure is one many Corrie characters in the fully licensed Rovers Return set, which already includes fellow legends Ken and Deirdre Barlow, Jack and Vera Duckworth and Bet Lynch.

Matthew Titherington, General Manager at Madame Tussauds Blackpool said: “Everyone knew a Hilda Ogden, I think that’s what made the character so likeable. Her loose lips entertained households across Britain for a generation so the golden bucket is a fitting tribute to mark her first appearance on the soap half a century ago.

Pupils ignorant of Britain’s role in the Holocaust – even after they have studied...