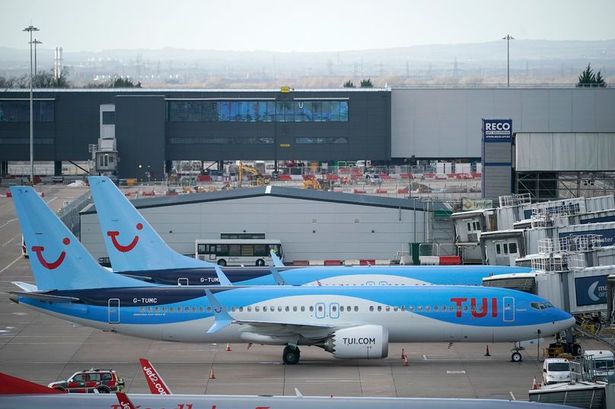 Reports say that bosses at Tui took the decision to cut 43 flights a week in June following chaotic scenes at airports over the weekend.

A spokesman for Tui confirmed that it had taken the “incredibly difficult decision” to cancel 43 flights a week for the rest of June at Manchester, understood to be roughly a quarter of its services from one of Britain’s biggest airports.

“We would like to apologise to our customers who have experienced flight delays and cancellations in recent days and understand that many of our customers have been looking forward to their holiday with us for a long time,” the spokesman added.

A Manchester Airport spokesman said: “Over the last few days TUI and its appointed ground handler, Swissport, have experienced significant challenges with their check-in and baggage reclaim operations at Manchester Airport.

“From extensive discussions with the TUI and Swissport management teams, it is clear that they are experiencing temporary staff shortages, in common with other aviation and travel companies.

“Given these challenges, we understand TUI’s difficult decision to cancel a number of services over the course of the next month, although we are obviously disappointed to see passengers’ plans disrupted in this way.

“We will continue to work with TUI, Swissport and other partners to give passengers the best possible service as the travel sector builds back to full strength after the pandemic.

“In the meantime, we continue to advise passengers to arrive three hours before their flight and to be as prepared as they can be for their journey through the airport.”