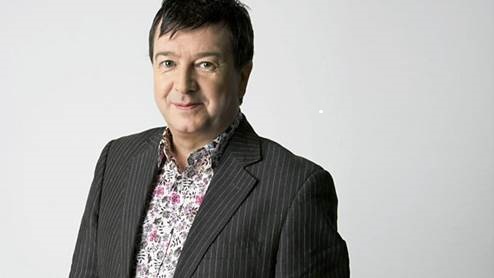 BBC Radio 6 Music’s Stuart Maconie goes behind the scenes of galleries and museums in the North West to explore the British Empire and its relationship with art in Civilisations Stories: Art and The Empire.

The half-hour documentary, to be broadcast on BBC One (North West) later this Spring, accompanies the highly-anticipated landmark BBC Arts series, Civilisations.

On his tour of the region, Stuart visits Blackpool Tower’s sumptuous Parisian-styled Empress Ballroom, which gave its visitors a taste of what the middle and upper classes – made rich by the Empire – enjoyed.

In Manchester, he speaks to Henry McGhie, Head of Collections at the Manchester Museum, about how the Empire created a global playground for the wealthy and fuelled a collection mania – the museum has over four and a half million natural history specimens alone, as well as 18,000 Egyptian and Sudanese objects including extraordinary mummy portraits and stuffed Egyptian cats.

And in Liverpool, Stuart visits the Walker Gallery to study the spectacular designs of the Singh Twins in the Slaves of Fashion exhibition, which explores the history of Indian textiles, the Empire, enslavement and luxury consumerism.

The film also features anti-slavery and anti-violence campaigner Erinma Bell who’s from Moss Side and has been honoured in a sculpture made from 50 melted-down shotguns, which is now on display in Manchester’s Central Library.

Presenter Stuart Maconie said: “I’ve loved being able to explore my home region and favourite stomping ground through the lens of this landmark Civilisations series and to learn more about the British Empire, the history of its art and how it has influenced our lives and culture today. There are so many stories to be told and our documentary hopes to bring those stories to new audiences through the treasures of our past.”

This documentary, one of 11 Civilisations Stories from across England will contribute towards a special accompanying programme for BBC Two, Civilisations on your Doorstep. Here, Mary Beard will explore the stories and controversies behind extraordinary works of art from all over the world that are now displayed in museums across Britain. She will open the doors to the UK’s national holdings, tracing British attitudes to civilisation through the story of collecting around the country.

Aziz Rashid, Head of Regional and Local Programming at BBC North West, said: “Stuart Maconie’s thought-provoking documentary about The Empire and its relationship with art shines a light on some of the historical artefacts and places of interest across the North West from a new perspective. Many partners across the region will be staging events and talks as part of the Civilisations Festival so there are plenty of opportunities to explore the objects and find out more about the stories that shaped our lives today.”

The Benefits Of Upgrading To An E-Bike In Manchester

What Are the Benefits of Seeking Mortgage Advice?

Coronavirus has led to an explosion of new words and phrases – and that...