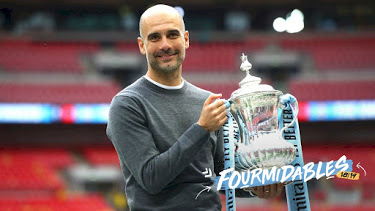 Raheem Sterling and Gabriel Jesus both score twice at Wembley stadium as Pep Guardiola’s side become the first male team to win a domestic treble.

Their six nil defeat of Watford was a record equaling victory in an FA Cup final.

“We have finished an incredible year. To all the people at the club a big congratulations, especially the players because they are the reason why we have won these titles.

“It’s not been done before in this country. One team is going to do it again, because if we were able to do that then another team can do it.

“But we were the first.”

Asked where this season’s remarkable achievement ranks amongst his career highlights, Guardiola replied: “It’s one of the best seasons I’ve experienced as a manager – I wouldn’t say ‘the best’ but one of the best for sure.

“To have gone ten months in all competitions and be the first team to do that is incredible. It means we have been consistent every three days.

Greater Manchester to get £13 million from government’s Active Travel Fund to continue delivering...