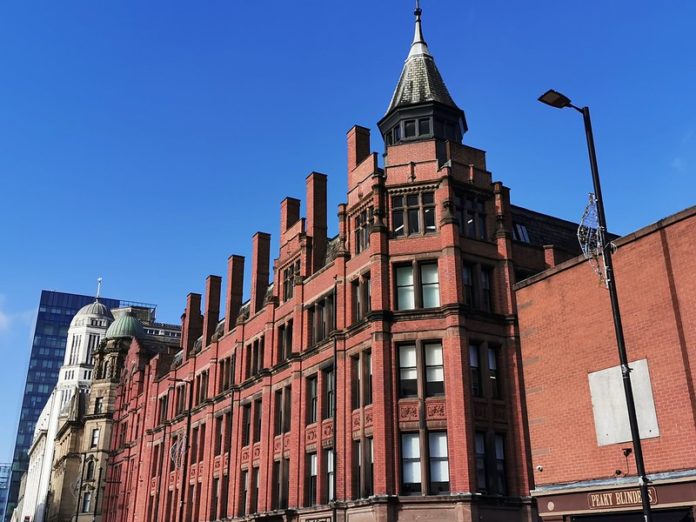 Harnessing innovation and attracting the brightest talent is key to building a productive, wealth-creating economy.

London is, unsurprisingly, a prime example of doing just that, but other UK cities like Manchester, Leeds, Birmingham, Bristol, Glasgow and Edinburgh are steadily building their credentials in both areas.

A new report from JLL ranked Manchester 44th in Europe for innovation and talent retention, thanks in part to its accelerated growth in the labour market – which is 13th highest in the continent for the 2019-2021 period thus far.

JLL’s Innovation Geographies stated that the city has seen a 30.7% increase in employment growth overall since 2016. To date across 2019-2021, the city’s labour market has increased again, experiencing an additional 7.7% growth.

“Manchester’s universities are very highly regarded, and lots of great talent is produced through them”, says Jon Neale, head of UK research at JLL.

Indeed, a high proportion of Manchester’s workforce has a university degree, with 38.5% of them possessing a tertiary qualification. Comparably,109 other cities globally have a 34.4% average.

In addition, the working population is young and dynamic – 20-40-year-olds account for 28.2% of Manchester’s total population, which again is higher than the average for 36 other European cities the research looked at – coming in at around 27%.

Manchester has a high proportion of skilled graduates and a young, dynamic workforce which helps to drive forward its productivity and innovation.

Jon emphasises, however, a need for improving connectivity between urban centres if cities like Manchester want to continue climbing the ranks when it comes to innovation and talent retention.

“Improving transport connections within cities – increasing their effective ‘commuter pull’ – rather than between cities is the real issue, particularly as so many younger workers want to live without a car.”

“The start-up scene here is small but growing, having attracted US$900m in investment over the last three years alone.

“Manchester has a reputation now as the capital of e-commerce, with leading online retailers such as Pretty Little Thing, Boohoo and Missguided all operating out of the region. This doubtless bolsters our status as the UK’s ‘second city’.”

Pretty Little Thing is now touted as one of the fastest-growing online retailers globally, and is one of six ‘unicorns’ within the city – along with The Hut Group, Boohoo, AO.com, Autotrader and Onthebeach.com.

The Hut Group is by far the largest fundraiser in the city, having raised US$2.8bn total since 2000 – a large chunk of the total US$24bn raised by 201 companies across the region.

However, it’s not just e-commerce that is booming – the latest TechNation report showed that Manchester had the most digital tech jobs in the UK outside London as of 2017 (the latest year for which data is available).

“They will increasingly be drawn to urban areas, so cities need to ensure they offer vibrant office space, quality housing, retail units and a range of leisure and amenities that can attract and retain skilled workers.”

In the meantime, stimulating and supporting the innovation economy remains critical in ensuring future growth. “The economy of Manchester and similar cities is improving rapidly, and we expect them to move up the table in the years ahead,” Jon says.

“If you look at somewhere like Manchester, it is seeing phenomenal employment growth – faster proportionally than London and amongst the highest in Europe.”

“The university is really important in this – not just in bringing in students and retaining them as graduates, but in driving innovations like Graphene. The key to improving innovation is to link the university more with the wider economy.”

These are the Best Start-Ups in the UK, According to the Industry Experts

How to Balance Your Company Books This Winter