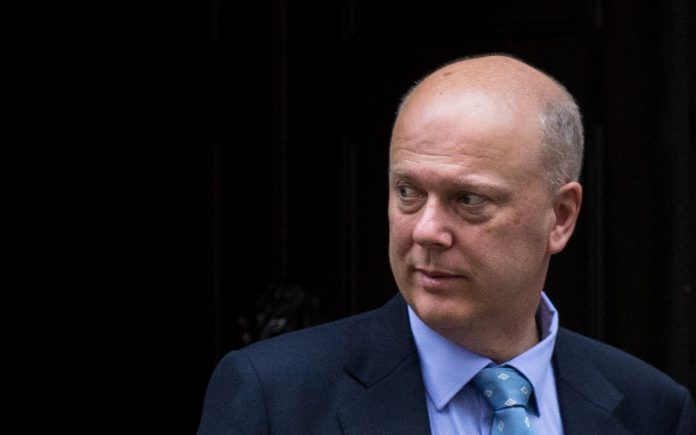 Addressing the Tory Party Conference, this morning,the Transport Secretary Chris Grayling apologised for the disastrous changes to the timetable and promised that the same thing wouldn’t happen again.

He claimed that the rail network did need ‘revolution’ rather than ‘evolution’ but failed to conjure up any vision on what that might be for the audience in Birmingham,blaming problems on the railway on under-investment by Labour when they were last in power up to 2010.

For us as Conservatives it was particularly frustrating, because the new timetable is part of a big investment programme in the railways, to deliver more trains and more seats for passengers in both the North and the South.

“The chaos cannot and will not be allowed to happen again. But it is clear that the system has greater challenges than a failed timetable introduction. In the last twenty years the railways have been through an extraordinary period of growth; the number of trains and passengers travelling has doubled, trains are packed, the network is creaking. Passengers experience too many things going wrong.

Talking about Northern Rail in particular, he again blamed the Labour governmnet for allowing the Company to take on the franchise back in 2004 without any investment while saying that under the new franchise, the Company was replacing or refurbishing all the existing rolling stock.

He also announced that Rail passengers who suffer delays and disruption will be helped to seek compensation via a “one-click” system, passengers,once registered on the new system, would not have to repeatedly enter their details every time they want to make a claim.

“After 8 years of failure on transport, the time for tinkering at the edges is over.

“Rail is in chaos and the Tories one-click compensation plans are yet another cheap gimmick which does nothing to tackle the underlying problems causing misery to passengers across the country.

“Congestion on major roads has worsened, local roads have fallen into disrepair, the UK is failing on air pollution and we are set to miss the Paris climate change targets. Investment in public transport is how to reduce congestion and make the most of transport investment.”

Ukraine Latest-Zelensky offers a neutral country as part of any piece deal while reports...