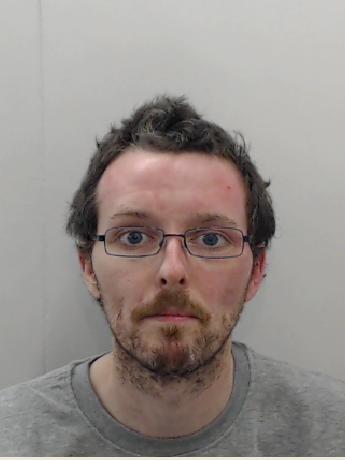 A man has been jailed after deliberately instigating a gas explosion at his home in Blackley earlier this year.

Kevin Carroll aged of Cecil Road, Blackley was sentenced to two years and eight months at Manchester Crown Court, after he pleaded guilty to criminal damage with intent to endanger life at a previous hearing.

The gas explosion took place at 12.25pm on Monday 16 January at an address on Cecil Road.

Earlier that day, Carroll told his housemates he was staying home from work as he was sick, but when one of them later returned he failed to answer the door.

The 29-year-old man waited outside by the locked door, unaware that inside Carroll was severing and igniting a gas mains pipe. He then heard an extremely loud swooshing sound and was knocked to the ground before the front door and parts of the frame landed on top of him.

He managed to push away the debris and crawl into the middle of the road, where neighbours rushed to his aid after fleeing from the surrounding houses.

Carroll’s home was left almost demolished and the house next door was also badly damaged, with windows of other premises having been blown out by the blast.

The 29-year-old was taken to hospital with burns to his face, mouth and throat but he made a good recovery and was discharged within three days.

Carroll was also taken to hospital where he was treated for severe burns. He was arrested and after a period in hospital was subsequently charged.

Detective Inspector Dave Sinclair, of GMP’s City of Manchester Team, said: “This incident left a wave of devastation in its wake, with an innocent man hospitalised, a terraced street destroyed and members of the community anxious and homeless after being evacuated.

“Our team worked tirelessly on this case and remained committed throughout, from the neighbourhood officers reassuring public at the scene, to those at the heart of the investigation who went the extra mile to gather the best possible evidence to bring these victims to justice.

“This investigation has also been an excellent example of working closely with our partners, Crime Scene Investigators and other agencies such as the fire service played a major role in today’s excellent result so I would like to express my sincere gratitude to all those involved.”