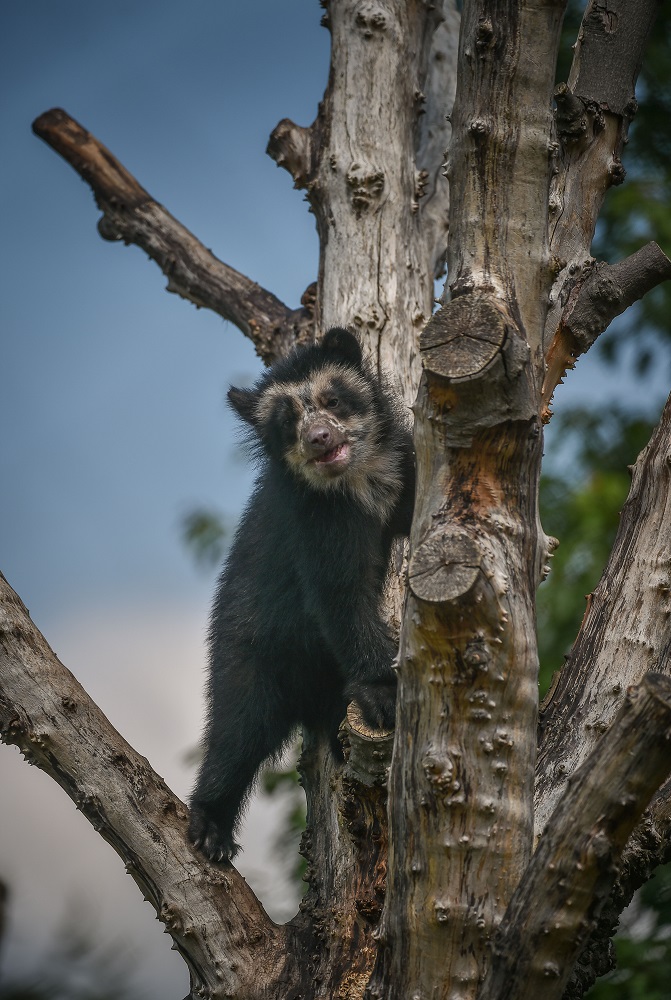 Amazing footage has captured the moment a rare baby bear tries its hand at tree climbing for the first time.

The thrill-seeking Andean bear cub – the first to be born in mainland Britain – got a little bit stuck to begin with but mum, Lima, was on hand to help her little one back down.

Zookeepers took to social media to share the charming images of the young cub scaling the treetops – a feat that took multiple attempts.

“Mum Lima really has her paws full with her excitable new cub. It’s gaining more and more confidence with every passing day and is wasting little time getting to know its surroundings – including some of the very tallest trees.

“Although the little one has perfected the art of climbing up trees, it hasn’t quite perfected how to get back down again and occasionally relies on mum to demonstrate how it’s done and safely guide it back down. Andean bear cubs learn very quickly though and we’re sure it won’t be long until this adventurous newcomer completely develops its head for dizzying heights.”

Staff at Chester Zoo have hailed the arrival of the new cub, which has yet to be sexed or named, as “hugely significant” given how threatened the species is.

The Andean bear is the only living bear to inhabit South America. They are found in Venezuela, Colombia, Ecuador, Peru and Bolivia but their numbers are in decline as a result of habitat loss and conflict with humans. As a result, the species is listed as vulnerable to extinction by the International Union for the Conservation of Nature (IUCN).

Working closely with the bears at the zoo, breaking new ground in achieving a first ever breeding in mainland Britain, zoo experts are learning more about the species and how they live and are relaying information to field conservation teams and partners in the wild.

Conservationist scientists from the zoo are also working with Oxford University’s Wildlife Conservation Research Unit (WildCRU) to study bear-human conflict for the very first time in an area of dry forest in Bolivia.