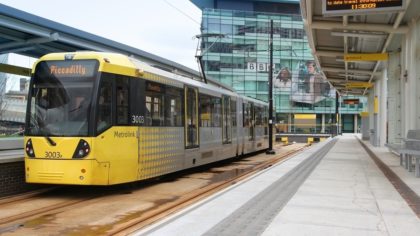 Unite hailed the package as ‘a great achievement’ which will see grade three drivers – those with more than 18 months experience – being paid £30,000 from January this year and £33,000 by January 2019.

More than 340 Unite members working for Metrolink Manchester voted overwhelmingly to accept the deal which is 3.7 per cent backdated to January 2018; 10 per cent from January 2019; and the retail price index (RPI) from January 2020.

Unite regional officer Steve Davies said: “We are pleased with the very good package that our members have accepted which must be one of the best such deals negotiated in the UK this year.

“The deal addresses the long-term concerns of our members who were angry at the fact that their previous pay levels were up to £7,000 less than tram drivers in other UK cities for doing the same job.

“As a result of the vote, our members will be working normally to keep the people of Greater Manchester on the move.

“Going forward, we wish to have a constructive dialogue with the management of Metrolink Manchester for the benefit of the travelling public and the workforce.”