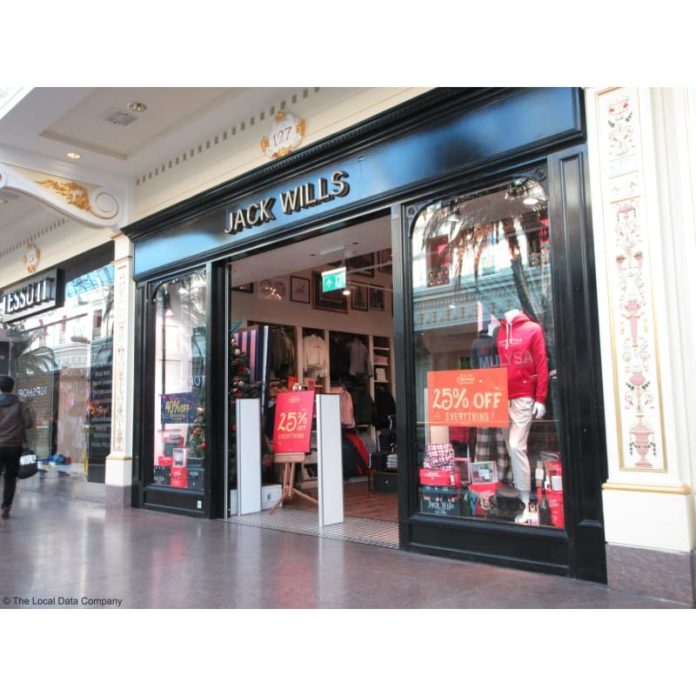 The clothing retailer Jack Wills has announced the closure of five stores, one of which is in Greater Manchester’s Trafford Centre.

The brand was rescued out of administration last year by Mike Ashley and comes under the umbrella of his Frasers group.

A spokesperson said: “The Group has been working closely with landlords since acquiring Jack Wills to keep as many stores open as possible. Now faced by unprecedented uncertainty in the retail environment, further closures are inevitable

Jaguar Land Rover has announced plans to open a new software, IT and engineering...

Win, lose or draw? It depends which way you look at it