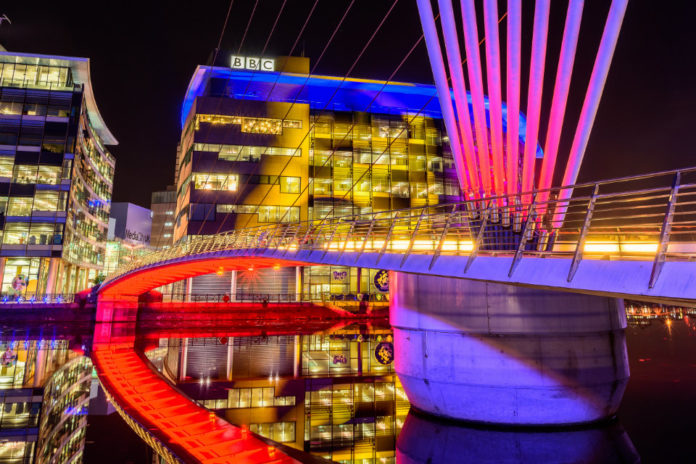 Manchester’s tech sector had more than 164,000 job openings during 2018, a figure which looks set to increase as the city’s tech companies have attracted bumper venture capital investment in the first seven months of 2019.
According to Tech Nation’s Bright Tech Future Jobs and Skills report, Manchester already employs 100,000 workers in the digital economy but also has around 164,000 vacancies for both workers with tech skills and non-tech skills.
New figures from Tech Nation and Dealroom.co for the Digital Economy Council also show that tech companies in the city have raised $528m from investors in the year to date. This amounts to a threefold increase on last year’s venture capital investment, confirming Manchester’s standing as one of the UK’s leading tech hubs with only London companies raising more since the start of the year.
The figures on Manchester’s tech sector are published as Tech Nation and the Digital Economy Council visit the city on 10 September as part of a national series of roundtable discussions. The talent and skills challenges facing the tech sector in the North West will be considered at this event by local companies, investors, university representatives and other ecosystem participants.
The Bright Tech Future discussion will be hosted at Manchester’s Innovation Centre by Saul Klein, co-founder of LocalGlobe, Seedcamp and Lovefilm. Peter Lusty, Chief Executive of the Manchester Tech Trust, is one of the expert witnesses who will provide insight into the city’s tech opportunities.
Manchester’s tech businesses achieved a combined turnover of £3.2bn last year, according to Tech Nation and five of the UK’s unicorns hail from Manchester, including The Hut Group, Boohoo, AO.com, Autotrader and Onthebeach.com – putting the city on a par with Amsterdam for creating fast-growing tech businesses.
The aim of the roundtable, one of a tour of eight cities across the UK, is to meet with regional tech leaders to discuss the opportunities of the area’s tech ecosystem.
Tech Nation is working closely with the Digital Economy Council and the Department of Digital, Media, Culture and Sport to recognise the critical role that tech workers who don’t hold executive roles play in creating the UK’s most successful growing tech companies. To do this it has launched the Bright Tech Future awards, intended to demonstrate that successful founders are created by entire teams, not just hero founders and CEOs. To find out more about the awards and to nominate up to three team members, go to this awards website.
Digital Secretary, Nicky Morgan, said: “Manchester’s tech sector is thriving. It has produced five billion dollar tech ‘unicorns’, such as fashion retailer Boohoo and online household appliances store AO.com, which are helping to create jobs and drive growth in the city.
“I am delighted that some of the country’s best talent is coming together to discuss how we can help further strengthen the UK’s reputation as Europe’s leading tech player.  I also encourage bosses to nominate their staff for the inaugural Tech Nation Bright Tech Future Awards.”
Anish Kapoor, CEO of AccessPay, said: “I’m excited to be involved with Tech Nation’s  Bright Tech Future Tour and its visit to Manchester. Year after year, this city continues to attract investment, enabling our thriving technology sector to fulfil its true potential, adding to the list of unicorns that call Manchester home. However, if we want Manchester to take its place on the world stage we need to talk about how best to solve the challenges tech businesses in the region face, particularly when it comes to recruiting and retaining talent.”
George Windsor, Head of Insights at Tech Nation said: “Manchester has cemented its position as one of the UK’s leading tech hubs. The Tech Nation reports of 2019 and 2018 have shown how it continues to attract healthy investment and nurture successful unicorn businesses. This event will be a perfect opportunity for us to collate the valuable insights  needed to shape the future of the industry.”