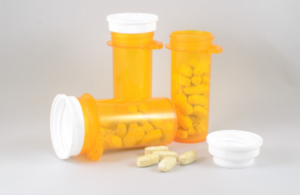 Between 22% and 32% (depending on the medicine class) had received a prescription for at least the previous three years.

The five drugs included in the review were benzodiazepines (mainly prescribed for anxiety and insomnia), Z-drugs (insomnia)  gabapentinoids(neuropathic pain), opioid pain medications (for chronic non-cancer pain such as low back pain and injury-related and degenerative joint disease) and antidepressants (depression)

Opioids for chronic non-cancer pain are known to be ineffective for most people when used long-term (over 3 months), while benzodiazepines are not recommended to be used for longer than 28 days.

Long-term prescribing is likely to result in dependence or withdrawal problems, but it is not possible to put an exact figure on the prevalence of dependence and withdrawal from current data.

People who have been on these drugs for longer time periods should not stop taking their medication suddenly. If they are concerned, they should seek the support of their GP.

The drugs in this review are vitally important (when prescribed properly) for the health and wellbeing of many patients. It is important that doctors follow the clinical guidelines and do not put inappropriate limits on prescribing that could cause patients’ harm or drive them to seek drugs from illicit sources.

We know that GPs in some of the more deprived areas are under great pressure but, as this review highlights, more needs to be done to educate and support patients, as well as looking closely at prescribing practice, and what alternative treatments are available locally.

While the scale and nature of opioid prescribing does not reflect the so-called crisis in North America, the NHS needs to take action now to protect patients.

Our recommendations have been developed with expert medical royal colleges, the NHS and patients that have experienced long-term problems. The practical package of measures will make a difference to help prevent problems arising and support those that are struggling on these medications.