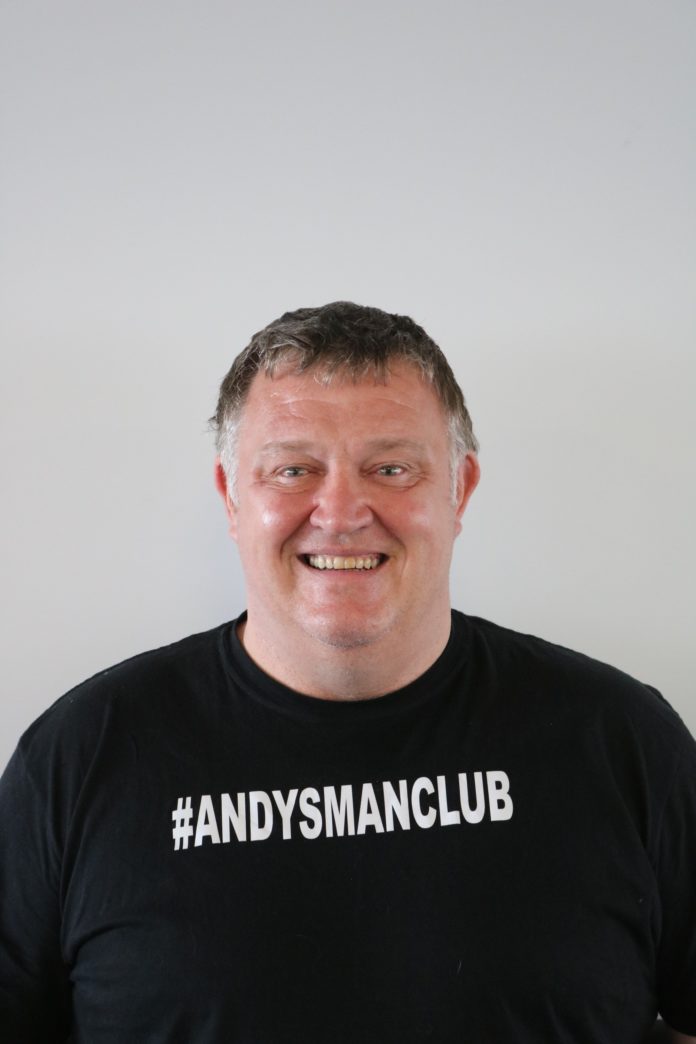 An Oldham man, who has battled depression to become an ambassador for men’s mental health, has shared his story to help inspire others.

Sam Samuel, who works for Oldham Council’s partner company, Unity Partnership, has teamed up with Fit for Oldham, Oldham Council’s in-house workplace health and wellbeing team, to create an emotional eight-minute video about his struggles with his mental health.

The video, which has been released to staff and the media and will debut on Oldham Council’s social media channels on World Suicide Prevention Day (10 September), charts how the popular and outgoing IT Manager found a road to recovery via the men’s mental health support group, Andy’s Man Club.

Sam said: “What I wanted to do was to share one key message – it’s ok to talk.

“That’s the slogan of Andy’s Man Club and that, for me, is the key for men – and indeed anyone – experiencing difficulties with their mental health; to realise it’s ok to talk.

“For us men, we often default to maintaining a position of strength; that stiff upper lip, but I want everyone who watches the video to realise that if even a big, bubbly fella like myself can admit they’re having difficulties, that they can too.

“I went through a very difficult time – and it’s still a daily battle – but support is out there via the NHS and support groups like Andy’s Man Club.

“The key thing though is taking that first step – talk to someone.”

In the emotional video, Sam talks about his struggles, the loss of his marriage and home and the suicidal feelings that he experienced during the peak of his difficulties.

And crucially, he talks about the solutions he found, via his GP and by overcoming that vital first step, talking to someone.

Sam is now a leader in the Oldham branch of Andy’s Man Club which meets every Monday night at Chadderton Wellbeing Centre.The group is growing by the week and now has had hundreds of men attend sessions.It’s been so successful, the team recently embarked on a nationwide bus tour to help raise awareness of this important cause.

Cllr Zahid Chauhan, Oldham Council cabinet member for health and social care, said: “World Suicide Prevention Day is an excellent opportunity for us to have an honest and open conversation about our mental wellbeing and confront these issues head on.

“As a GP, I see first-hand hundreds of examples of people who need support and sometimes, they are reluctant to admit there is a problem.

“If you are struggling with your mental wellbeing, I would urge you to take action now by talking to someone and seeking help from a medical professional.”

As well as launching the video, Oldham Council will also raise a special flag on Tuesday morning to mark the day.

If you’re struggling with your mental wellbeing, contact your GP now or speak to one of the many registered mental wellbeing support organisations like The Samaritans, TOG Mind or Andy’s Man Club.