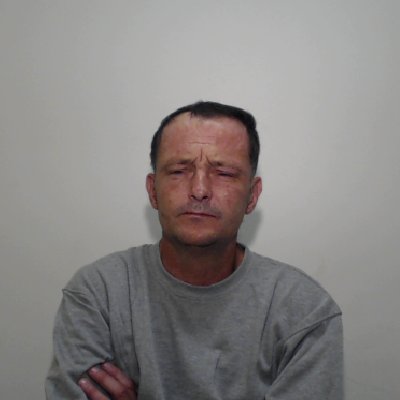 A murderer who beat a Rochdale father to death and his friend – who tried to cover up the brutal crime have been jailed today.

Martin McBrine aged 45 and Harry Mee aged 70 of Palatine Street, Rochdale were both jailed for their role in killing 49-year-old Lee McConnell.

They were previously found guilty by a jury of murder and assisting an offender, respectively.

Manchester Crown Court, Crown Square heard how Lee was brutally killed at McBrine’s home on Palatine Street on the night of Saturday 11 August 2018.

The pair, joined by a few others, had been drinking at the property. Around 9.00 pm most people had left, leaving just Lee McConnell and Martin McBrine in the front room. McBrine then viciously assaulted Lee, before dragging him into the kitchen. Around 9.20pm McBrine knocked on Mee’s door asking for his help.

When Mee turned up at the property Lee was lay on the kitchen floor. Mee attempted to fix the front door in order to move Lee out of the house and assisted McBrine to clean up the evidence at the scene of the attack.

At 10.16 pm McBrine called for an ambulance. Paramedics attended and discovered Lee’s body on the kitchen floor.When officers arrived at the scene they immediately arrested McBrine who denied anything to do with Lee’s death.Mee was later arrested but he claimed that he saw nothing untoward.

A post-mortem revealed Lee died from multiple injuries to his abdomen as a result of blunt force trauma.

McBrine was handed a life sentence, with a minimum term of 15 years, and Mee was jailed for two and a half years.

“He was left to die in the most harrowing of ways and still to this day we cannot understand the motive behind such a merciless attack.“His family have had to listen to the distressing details surrounding Lee’s murder because McBrine and Mee refused to admit what they had done.

“I know nothing will bring Lee back or ease the pain from losing him. But I hope the family take some comfort from knowing these men are now in prison for a very long time.”