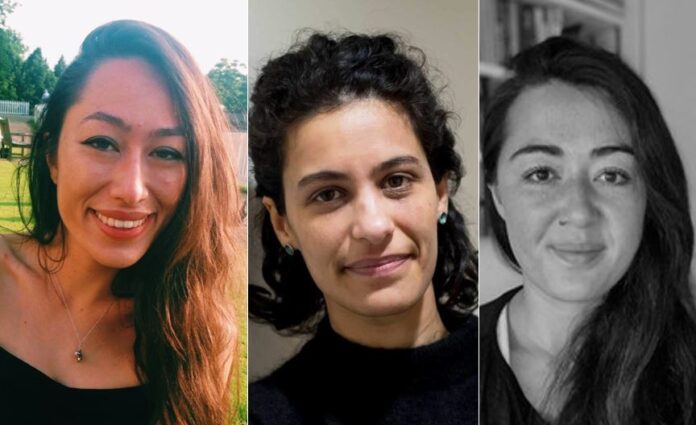 Three experts from Greater Manchester have each been named by BBC Radio 3 and the Arts and Humanities Research Council (AHRC) as one of their 2022 New Generation Thinkers, which recognises them as some of the UK’s most promising and exciting early career researchers.

Every year, a nationwide search is held for academics with new ideas that will resonate with a wider audience. These New Generation Thinkers represent some of the brightest scholars in the country, and their research has the potential to redefine our understanding of an array of topics, from our history to the way we speak.

This year’s experts have been recognised for their ability to communicate complex ideas and for their research into timely issues such as anti-racism, the impact of language on the experience of miscarriage, and how history can help us explore ideas about censorship today.

They will have the prestigious opportunity to communicate their research by making programmes for BBC Radio 3, as well as having unique access to training and support from AHRC and the BBC. New Generation Thinkers alumni have gone on to become prominent public figures in their fields, as well as the face of major documentaries, TV series, and regular figures in public debate.

Dr Ellie Chan is a Leverhulme Research Fellow in the Music Department at The University of Manchester, where her research looks at what it meant to read, write and picture music in Tudor England. Her essay A Short History of Musical Notation explores the way attempts to visualise music have been at odds with the ephemeral nature of musical performance.

Dr Shirin Hirsch is a historian based jointly at Manchester Metropolitan University and the People’s History Museum where she researches race, migration and the labour movement in modern British history. Her project is about Pravin Parmar, a mill worker who became known as the ‘Che Guevara of Bolton’ after leading a walkout calling for higher wages, respect and equality for his fellow Asian night shift workers in 1978.

Dr Jade Munslow Ong lectures in English literature at the University of Salford, specialising in global modernisms; colonial and postcolonial African literatures; and animals and the environment in world literatures. Her essay The African Origins of Modernism explores the roles played by South African writers Olive Schreiner, HIE Dhlomo, Roy Campbell and William Plomer in the development of literary modernism.

“We are delighted to join again with the BBC to support the New Generation Thinkers scheme – one of the major ways that AHRC inspires arts and humanities researchers across the UK to engage with a wider audience,” said Professor Christopher Smith, AHRC Executive Chair. “This prestigious partnership offers an opportunity for early career researchers to develop the confidence and skills to work with diverse audiences, and our New Generation Thinkers lead the way in building the public impact of arts and humanities.”

“Once again, Radio 3 joins the colleagues at AHRC to celebrate the New Generation Thinkers intake: ten academics who are engaged in research projects exploring our past and present, linking these two dimensions, and offering interesting perspectives on our understanding of both,” said Alan Davey, Controller of BBC Radio 3.

Places in Greater Manchester amongst the poorest in the country