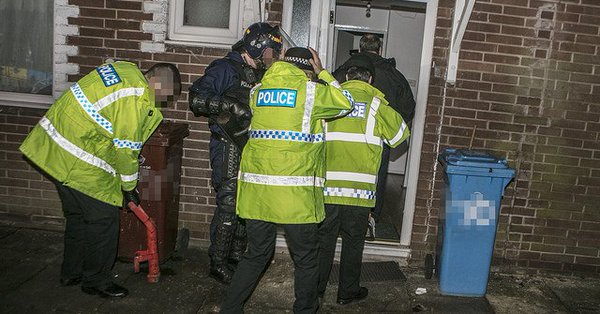 Morning raids have seen three people charged as part of a crackdown on drugs in Manchester.

All three men have been remanded in custody and will appear at Manchester Magistrates’ Court tomorrow, Friday 10 November 2017.

Earlier today,six addresses across the Moss Side and Hulme areas of Manchester,executed as part of Operation Malham targeting the supply of drugs in South Manchester.

Among the items seized were a quantity of crack cocaine, heroin and cash.

Detective Chief Inspector Paul Walker, of GMP’s City of Manchester team, said: “Over the past six months we have had a dedicated team of detectives trawling through community concerns and information about drug supply in the Moss Side and Hulme areas.

“Today, we have made three arrests after executing warrants across these areas and I would like to thank the community for working with us, as well as partners, and making this possible.

“Please continue to report anything suspicious to help us stop the criminals benefiting from drug supply and organised crime.

“Drugs will never be tolerated by us and we are determined to bring those responsible to justice.”

Attempted rape of 29 year old in Rochdale in the early hours of this...