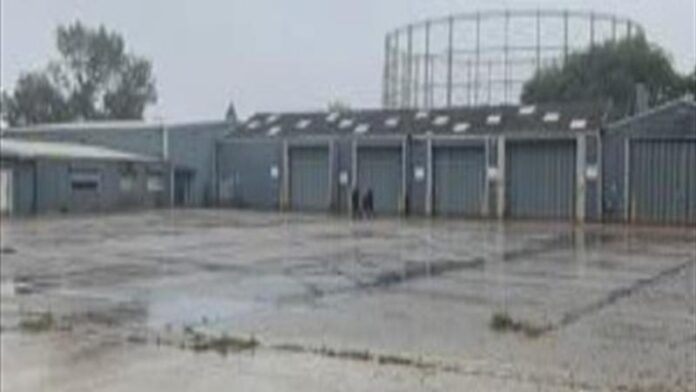 Police were the Riverpark Trading Estate, Briscoe Lane, Newton Heath, to reports of a break-in at an industrial unit by men using crowbars and found a car with the keys in the ignition and men wearing balaclavas and armed with machetes, bats and an axe.

As police tried to arrest the offenders, they first locked themselves in before fleeing the scene on foot and in a vehicle – two officers suffered minor injuries.

Three men – aged 22, 33 and 39 – are in police custody being questioned on suspicion of aggravated burglary, section 18 assault and wounding with intent.

Chief Inspector Gareth Levitt-Jones, of GMP’s City of Manchester North Division, said: “Officers from across several GMP branches carried out a swift and successful response to a potentially dangerous situation with two officers being injured in the process.

“As a result, we have three people in custody being questioned on suspicion of a range of offences.”

Man arrested on suspicion of murder in Stretford