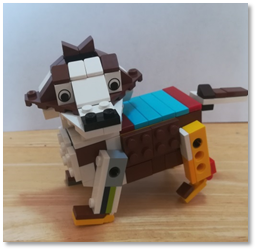 Legoland Discovery Centre Manchester has been overwhelmed with applications for its ultimate dream job role – a Master Model Builder.

Since announcing the position, one of only 24 in the world, the ever-popular family attraction has received over a thousand applications for the role that will see one talented Lego builder secure the career of their dreams.

Bosses have spent over 20 hours sifting through masses of submissions, which include images and videos of hopefuls’ most epic ever Lego creations – with builds ranging from castles to dragons, and even a replica of a doughnut shop.

Now, a shortlist of the country’s most talented Lego builders have been selected to take part in Legoland Discovery Centre Manchester’s very first build-off event.

The process will see applicants battle it out in the ultimate creative build off, with challenges designed by Legoland Discovery Centre Manchester’s toughest critics – the attraction’s very own Creative Crew, aged just six to ten years old.

The event, to be held on the 4th August at the Palace Theatre, will see the first of the knockout rounds held in the morning – with applicants split into three groups and tasked with a unicorn vs. monster truck build-off, with just 20 minutes to complete their masterpiece. Joining the Creative Crew in judging the builds will be the Legoland Discovery Centre Manchester’s Management team.

Five successful candidates from each heat will then be challenged to the ultimate Manchester-themed build-off and tasked with creating a special build inspired by the city.

They’ll need to pull out all the stops to impress the judges, as only five will make it through to the next stage of one-to-one interviews – where they will be one step closer to being crowned Master Model Builder.

“We’ve received some incredibly impressive applications, so I’m sure it’s going to be a close call, but I can’t wait to see what our aspiring Master Model Builders are going to create. The successful candidate will be joining an already brilliant team to ensure guests are provided with an inspiring and fun-filled experience.” 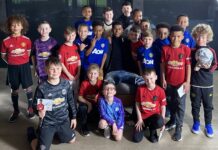 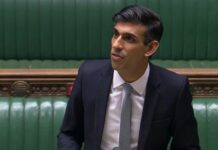 Is the K number the new R number? What you need to know