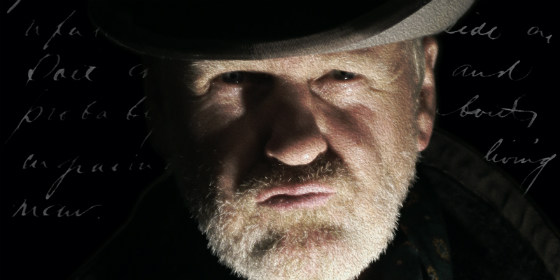 It is not quite the end of Anthony Burgess’ centenary year and the Foundation still have events coming up in December to wet the appetite.

On the evening of the 7th December Nicholas  Rankin.will be reading from and talking about his work in conversation with the Burgess Foundation’s Director, Professor Andrew Biswell.

Nicholas Rankin spent 20 years broadcasting for BBC World Service where he won two UN awards. He is the author of ‘Dead Man’s Chest’, ‘Telegram from Guernica’ and the bestselling ‘Churchill’s Wizards’, the story of British intelligence in the two World Wars. His latest book, ‘Defending the Rock’, is published by Faber in September 2017 and sets Gibraltar in the wider context of the struggle against fascism at the time of the Second World War, chronicling the end of empire and rise to independence of the Gibraltarian people. ‘Defending the Rock’s cast of characters includes Anthony Burgess, who served three years in Gibraltar, set his first novel there, and is the focus of the book’s penultimate chapter.

Tickets are free but it is advisable to book

The following evening you can join the world-renowned poet Michael Symmons Roberts for a special close reading of the series ‘Food for Risen Bodies’ from his 2004 collection ‘Corpus’.

After reading, Michael will invite questions from the audience, which will be discussed as a group over (free) wine and bread. Chaired by Martin Kratz.

This poetry event is free to attend and open to all, it is a companion event to Encountering Corpses III (8th-9th December 2017)  which includes an exciting mix of presentations on the many ways in which we increasingly encounter the material remains of the dead in a variety of contexts, including popular culture, the media, the everyday, tourism, heritage and archaeology, and medical contexts.

Again tickets are free but it is advisable to book

With live musical accompaniment, the production will immerse audiences in the Anthony Burgess Foundation, following Scrooge on his path to redemption.

Experience the thrills of this theatrical re-telling of Dickens’ Christmas masterpiece, and immerse yourself in Victorian England as we explore the true meaning of Christmas.

Tickets are £15 and can be booked here