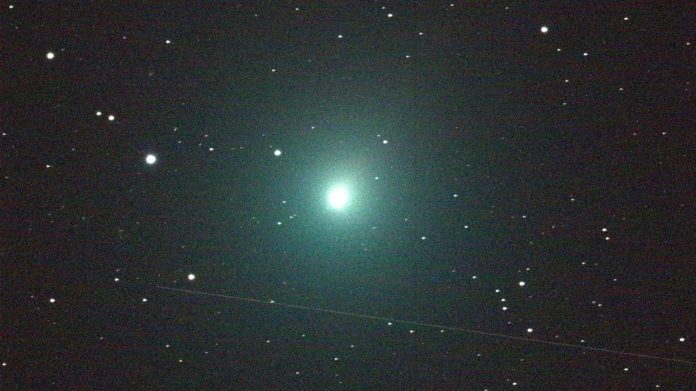 The comet known as 46P/Wirtanen will make one of the 10 closest comet flybys of Earth in 70 years, and you may even be able to see it without a telescope.

Although the approach will be a distant 7.1 million miles from Earth, it’s still a fairly rare opportunity.

What’s more, Chodas said, “This could be one of the brightest comets in years, offering astronomers an important opportunity to study a comet up close with ground-based telescopes, both optical and radar.”

Comet Wirtanen has already been visible in larger amateur telescopes, and while the brightness of comets is notoriously difficult to predict, there is the possibility that during its close approach comet Wirtanen could be visible with binoculars or to the naked eye.

With a width of 0.7 miles  46P/Wirtanen orbits the Sun fairly quickly for a comet — once every 5.4 years making it a short-period comet.

Long-period comets, on the other hand, have orbital periods greater than 200 years. At the time of closest approach, the comet will appear to be located in the constellation Taurus close to the Pleiades.

Final recommendations for the new Northern rail network have been made, with Government urged...