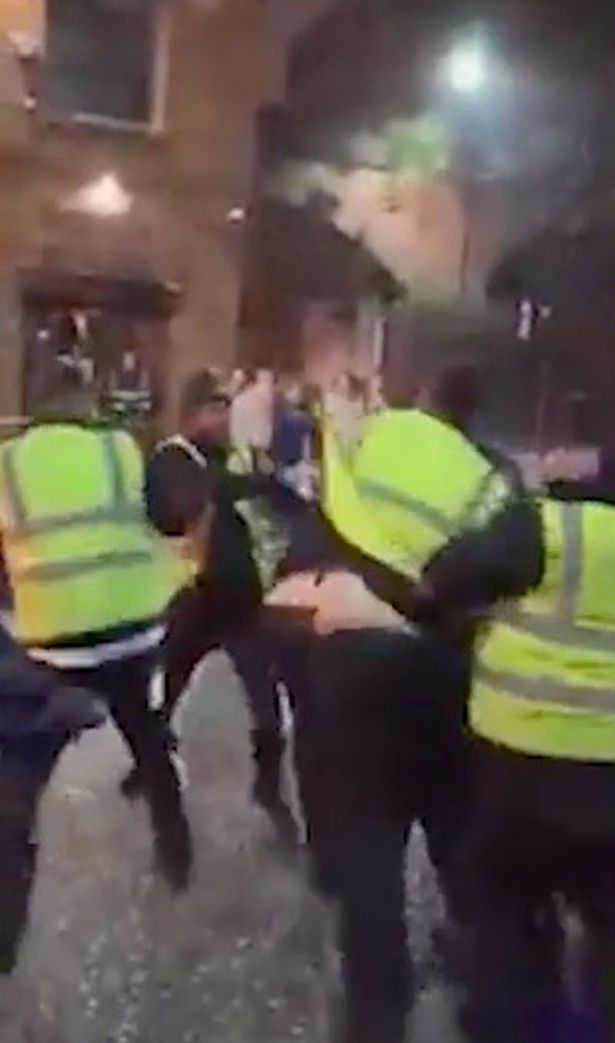 Four men have been arrested in connection with the incident outside the Factory Night Club in Manchester City Centre two weeks ago.

The fracas, captured on film,resulted in a 18-year-old man was taken to hospital with a serious head injury.

He has since been released and is recovering at home.

Two men – aged 20 and 27 – have been arrested on suspicion of violent disorder, and assault.

A further two men – aged 39 and 40 – have been arrested on suspicion of violent disorder and assault.

The men all remain in custody for questioning and enquiries are ongoing.

Detective Chief Inspector Terry Crompton, of GMP’s City of Manchester division, said: “This was a horrific incident that quite clearly could have resulted in devastating consequences and we are working tirelessly to ensure that those responsible are held to account for their actions.

“Thankfully, the victim is making good progress and is recovering at home with his family.
“I would like to thank those witnesses who have already been in touch and shared their footage of the incident with us as this has really assisted with our enquiries.

“We have now arrested four men who will be interviewed by my team throughout the day but I want to stress that our investigation does not stop here and would still ask anyone with information to get in touch.”