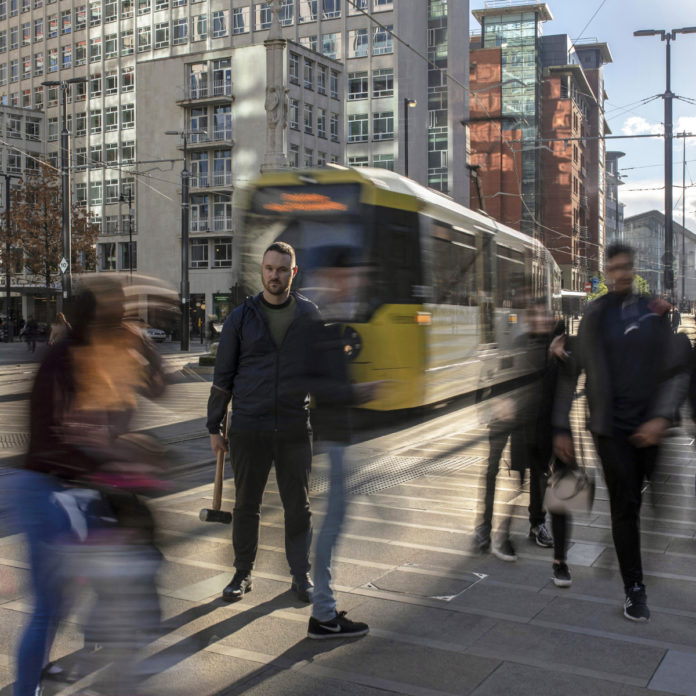 Unearthing an early 1800s story about resistance, resilience and espionage, Kandinsky’slatest devised piece There is a Light that Never Goes Out – Scenes from the Luddite Rebellion explores the ramifications of valuing machines over human life.

James Yeatman and Lauren Mooney of Kandinsky question contemporary misconceptions about the Luddite uprising and ask audiences to think again about the real cost of progress then and now. These days, to be a ‘luddite’ is a joke: to be technologically incapable, pointlessly resisting the future.

But in 1812, Luddites brought the UK close to revolution. At a time when Manchester was the most modern city in the world, inventing the ways people would live and work for years to come, the Luddite rebellion was an attempt by the city’s most powerless to shape this future for themselves before it wiped them out. The production runs in The Theatre from 25 July – 10 August.

The show will be devised by The Company using original source material, including letters, handbills and newspaper articles. Improvisation and extensive ensemble work will create a playful and immediate theatrical experience, using 21st century technology to bring early 19th century Manchester to life.

“When we began researching this show, we were looking to make a piece of theatre that could speak to modern Manchester as well as its radical past. The more we’ve learned about the Lancashire Luddites, about the real people who lived and died in this city 200 years ago, the more confident we’ve felt that this moment in history has a huge amount to say to all of us. The questions the Luddites were asking have never been answered: questions about economic and industrial progress, about who gets to define what that progress means and who it benefits. In the next fifteen years, the UK will lose ten million jobs to automation. This is a story of resistance from the beginning of the modern world as we know it, and we hope Manchester – a city with a unique political identity – will enjoy seeing itself reflected here.”