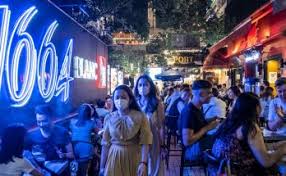 Around one-in-five young people, and over one-in-five black, Asian and minority ethnic (BAME) workers, who were furloughed during lockdown have since their lost jobs and just one-in-three young people who have lost their jobs have been able to find new work – according to a major new Resolution Foundation report published today.

The report Jobs, Jobs, Jobs – supported by the Health Foundation and which includes a detailed online YouGov survey of 6,061 adults across the UK–analysed how the UK labour market has changed during the first eight months of the crisis, and the outlook for jobs over the coming months.

The report notes that while widespread furloughing has curbed the rise in unemployment in the early phase of the pandemic, the winding down of the Job Retention Scheme (JRS) is revealing the true nature of Britain’s jobs crisis.

It finds that of all surveyed workers who have been furloughed during the crisis, around half have returned to work in full, one-in-three are still fully or partially furloughed, and almost one-in-ten have lost their jobs altogether.

The post-furloughing fall into unemployment has been most common among 18-24-year olds , BAME workers  and those previously working on insecure contracts.

The Foundation adds that the scale of unemployment identified in its survey implies an unemployment of 7 per cent in September – well above the latest official figures of 4.5 per cent in the three months to August – rising to 20 per cent among 18-24 year olds. This would mean the UK is already facing the highest levels of youth unemployment in four decades.

Over one-in-five workers in the most deprived parts of the country were either not working, furloughed, or had lost hours (and pay) in early September because of coronavirus (compared to 17 per cent across the UK as a whole). And of this group, more than one-in-four

The research shows that the recent rise in unemployment – which is expected to keep climbing over the coming months – is not just due to people losing their jobs. In fact, it finds that the majority of the increase is the result of fewer unemployed people being able to find new work than normal.

The report notes that fewer than half of those who have lost their jobs since March had found new work by September, falling to just one-in-three  among young people, and 36 per cent of people in hard-hit sectors like hospitality, leisure and non-food retail.

The Foundation says that there is little sign that workers exiting these struggling sectors are flowing into areas of the labour market that are able to grow during this pandemic. Among those looking for work who currently or previously worked in hospitality, leisure or non-food retail, the top four job-search destinations are hospitality, leisure, and non-food retail, as well as administrative positions.

The report notes that people are more likely to look for vacancies in the leisure sector which had the fewest listed vacancies of all major industry groups in recent months – than the sectors with the most listed vacancies – social care (where 17 per cent looked for vacancies). This suggests the UK is unlikely to see a swift reallocation of labour, and that high unemployment will be with us for some time to come, says the Foundation.

Finally, the report says that while the initial effects of the crisis bore heavily on the youngest and lowest paid, there are some signs that labour market disruption will likely become more widespread over time.

More than a quarter of respondents in work in September are worried about redundancies occurring, have been told a redundancy process either may or will happen, or have been told they will be made redundant – and these worries are common across age groups.

“The first eight months of the Covid crisis have been marked by an almighty economic shock and unprecedented support that has cushioned the impact in terms of people’s livelihoods.

“But the true nature of Britain’s jobs crisis is starting to reveal itself. Around one-in-five young people, and over one-in-five BAME workers, have fallen straight from furloughing into unemployment.

“Worryingly, fewer than half of those who have lost their jobs during the pandemic have been able to find work since. This suggests that even if the public health crisis recedes in a few months’ time, Britain’s jobs crisis will be with us for far longer.”

Retirement for the GMP quartet that kept the wheels turning