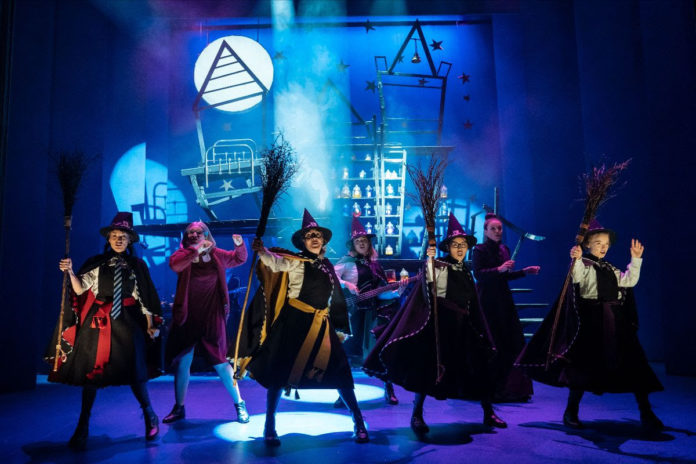 The Royal & Derngate, Northampton Production of The Worst Witch comes to The Lowry from Tue 26 – Sun 31 March.

This original story written for the stage by Emma Reeves features an all-female cast and is based on Jill Murphy’s classic series of novels ‘The Worst Witch.’ Directed by Theresa Heskins and designed by Simon Daw, with music by Luke Potter.

‘The Worst Witch’ is the story of an ordinary girl who finds herself in an extraordinary place: a school for witches. Accident-prone Mildred Hubble and her fellow pupils leave a trail of mayhem behind them as they find themselves at the centre of a battle that’s being fought for their future.