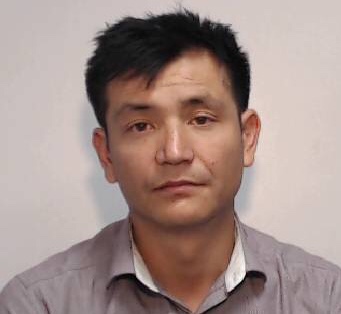 A 29 year old man who robbed a woman after stalking her as she made her way home from a night out has been jailed.

The court heard how in July 2017 Rezaie followed a young woman from a casino on Portland Street in Manchester city centre back to her home in Tameside.

After getting out of her car he then approached her from behind and attacked her before stealing a quantity of cash, as well as the woman’s purse and keys.

Officers attended and apprehended Mohammed Rezaie after they saw him acting suspiciously in the area.

Rezaie was immediately arrested but denied the incident throughout police interview. He continued to do so through trial, but yesterday a jury convicted him at Minshull Street Crown Court.

Detective Constable Lee Maiden, of GMP’s Tameside district, said: “This is a terrifying attack on an innocent woman as she was simply trying to enjoy an evening out with friends.

“While all robberies are despicable, I think this incident has a particularly sinister edge – with perpetrator following the victim all the way home from Manchester city centre; and I hope that today’s sentence provides some comfort as she continues to recover psychologically from this ordeal.

“I’m thankful that the woman was not seriously injured during the robbery, but I’d like to stress that we will not tolerate such criminality on our streets and will endeavour to keep the streets of Greater Manchester safe by bringing such offenders to justice.

“By pleading not guilty Rezaie clearly had no intention of taking responsibility for his shameful actions and did not want to face up to the consequences. However thankfully, a jury saw through his lies and he will now spend the next three years behind bars – contemplating whether this needless incident was really worth it.

“Lastly, I’d also like to take this opportunity to thank PC Helen Mottram for her hard work and determination throughout this case in what I believe has gone beyond the call of duty.