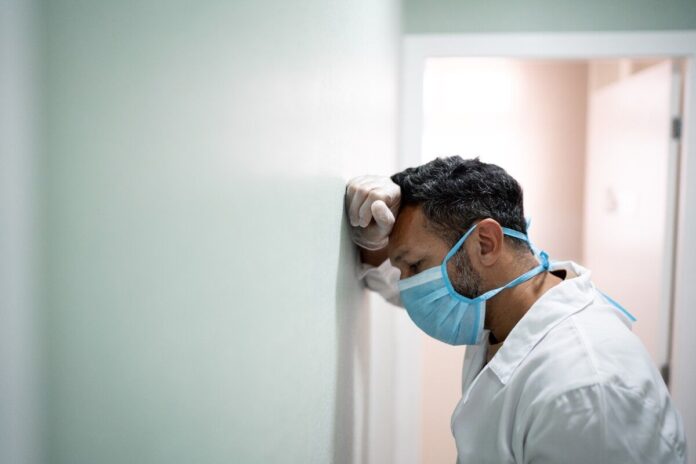 A major review into the UK Government’s handling of the pandemic and its impact on the NHS, the health of the population, and doctors, has been undertaken by the BMA. The first two reports conclude that the UK Government failed in its duty of care to protect doctors and the wider healthcare workforce from avoidable harm and suffering in its management of the COVID-19 pandemic. This failure is evidenced in detail and published today by the BMA.

The reports, part of a series of five, are the most comprehensive accounts of the lived experiences of doctors throughout the pandemic, collated from thousands of doctors across the UK, including those who were on the frontline during COVID-19. They also draw upon real-time surveys over the past two years, as well as formal testimonies, data and evidence sessions from stakeholders. Page after page details the devastating impact of the pandemic on medical professionals as individuals, and on the NHS, showing mistake after mistake – errors of judgement and policy made by the UK Government – which amount to a failure of a duty of care to the workforce.

In what is believed to be the first documented account of its kind, doctors from across the UK have spoken out about their own experiences during the pandemic, recounting their fears and anxieties as well as laying bare the shortages of PPE, a lack of timely and adequate risk assessments, and the huge impact on their mental and physical health.

The reports, which will also form part of the BMA’s submission to the UK COVID-19 Public Inquiry, make a series of recommendations about lessons which must be learned as well as presenting evidence of where things went wrong.

“A moral duty of government is to protect its own healthcare workers from harm in the course of duty, as they serve and protect the nation’s health. Yet, in reality, doctors were desperately let down by the UK Government’s failure to adequately prepare for the pandemic, and their subsequent flawed decision-making, with tragic consequences.

“Many doctors were left unprotected due to critical shortages of PPE as coronavirus hit our shores, resulting in healthcare professionals becoming infected at a higher rate than the rest of the population. Hundreds of healthcare workers lost their lives after contracting COVID-19. 95% of doctors who died in April 2020 were from an ethnic minority, a figure which demands that the UK Government addresses the deep race inequalities afflicting our NHS workforce.

“With no respite, doctors worked on the frontline exposed to the virus – while the majority of the public stayed at home during the lockdowns. They saw levels of illness and death they were never trained for. With the dystopian reality of no hospital visitors, doctors had to hold phones in front of dying patients so they could say goodbye to loved ones.

“Doctors’ health suffered as a result, with significant numbers still experiencing mental and physical exhaustion as they face the gargantuan task of the greatest backlog the NHS has ever faced. Sadly, many continue to experience the debilitating symptoms of long Covid, preventing them from returning to work and affecting their lives daily.

“These reports add clear evidence of why the UK Government’s response to COVID-19 has been described as ‘one of the most important public health failures the United Kingdom has ever experienced’. The evidence presented in our reports also demonstrates, unequivocally, that the UK Government failed in its duty of care to the medical profession.

“The lessons from this review need to be learned and acted on now – given that new variants, new viruses or future surges of demand can happen swiftly. We must never see a repeat of doctors and healthcare workers left exposed and vulnerable, and we can never afford to see another disaster on this scale ever again.”

Surge in smoking among young adults during lockdown