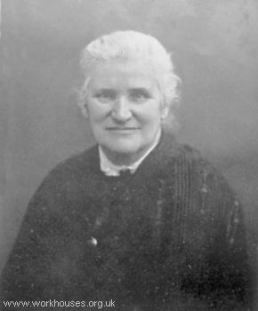 Few people will have heard the name of Mary Higgs and although she was born in Devizes, she became known as a woman of the North, coming to Oldham in 1891, she will be remembered as a pioneer of a movement for obtaining decent lodgings for women of poor means.

Born in 1857, she moved to Bradfford at the age of eight when her father became minister of the College Chapel.

At the age of seventeen she became the first woman at the university of Girton to study for the Natural Science Tripos and in 1874 she gained a second-class honours degree.

Soon after arriving in the town a letter appeared in the local paper under the headline Beautiful Oldham,Why not?

The letter written by Higgs, contained the suggestion that the then smoke filled Lancashire Town, if its citizens only chose, could be turned into a beautiful city. The beautiful Oldham society was born and one of the schemes that would come out of it was the concept of a garden suburb.

But it was her concern for the scale of poverty that Higgs will be remembered.Going out on the streets in disguise, she stayed in a municiple lodging house, several workhouse tramp wards, a Salvation army lodging and a women’s lodge to gain first hand experience of life on the streets of the town.

The results of her experience formulating a view that self respect had broken down,cleanliness had been made impossible and immorality was being manufactured by the conditions in which the women found themselves.

Higgs highlighted her plight in a number of pamphlets, stirring public opinion.

According to her biographer, Rosemary Chadwick: “Mary Higgs… over many years from 1903 took the highly unusual step (for a middle-class woman) of visiting workhouse wards and common lodging-houses dressed as a tramp. Her vivid accounts of the dirt and degradation which she encountered and of the downward spiral of destitution in which homeless women found themselves helped to fuel demands for more and better regulated women’s lodgings, and for lodgings geared to the needs of migrant workers.”

The Great war magnified many of these problems, men going to fight leaving behuind woman forced to wait many weeks for money.

As the Manchester Guardian wrote in her obituary, perhaps her greatest testimony to her many causes was the fact that she was able to hand them over to the local authority or Governement to run them

She was recognised, shortly before her death in 1937 with the awarding of an OBE