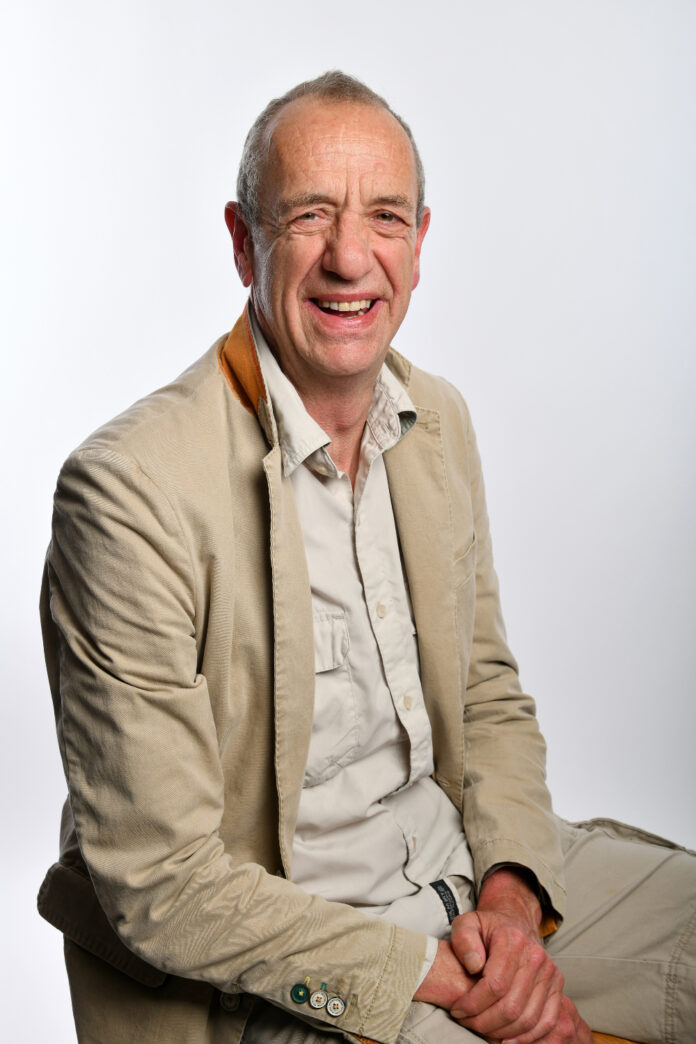 Packed with big gags, hilarious stories and poignant reflections about an ordinary man who lived through extraordinary times; Arthur, accompanied by the mellifluous Kirsty Newton tells the story of his own father.

Syd Smith fought at El Alamein, became a P.O.W., and ended the war in the notorious Colditz Castle in Germany. In the 1950s PC Syd patrolled London’s South Bank and met a gallery of characters, whom he tried his best not to arrest.

Arthur tells this 20th century story with laughter and song and, quoting directly from his father’s hand-written journal, he splices time, memories and music with his own care-free youth. The show features songs from Ray Davies, Leonard Cohen (of course), Peter Gabriel, David Bowie, Jerome Kern and Simon and Garfunkel as well as a less than stirring rendition of The Lambeth Walk.

Arthur Smith was born in South London in 1954; went to grammar school and studied at the University of East Anglia with writer Malcolm Bradbury. He has also worked as a road sweeper, dustman, warehouse worker and teacher. Arthur started on the alternative comedy circuit in the 1980s and has since done stand up all over the world and been a regular performer at the Edinburgh festival.

He is also an accomplished playwright – An Evening with Gary Lineker (1994), My Summer with Des (1998), The Bed Show and his one man show Arthur Smith Sings Leonard Cohen. He has been on QI, Have I Got News For You and appears regularly on Radio 4 especially on Loose Ends He is a regular presenter on the Comedy club on Radio 4 Extra.

Kirsty performs with Paul Merton’s Impro Chums, Whose Line Is It Anyway? and is a regular guest with The Comedy Store Players. She co-hosts London’s top musical comedy night The Distraction Club and her own hugely successful Kirsty’s Poptastic Piano Singalong plays all around the UK. Last year she toured Japan with former Siskin band mate Galen Ayers. This year she is fronting festival favourites Massaoke at Adelaide Fringe.