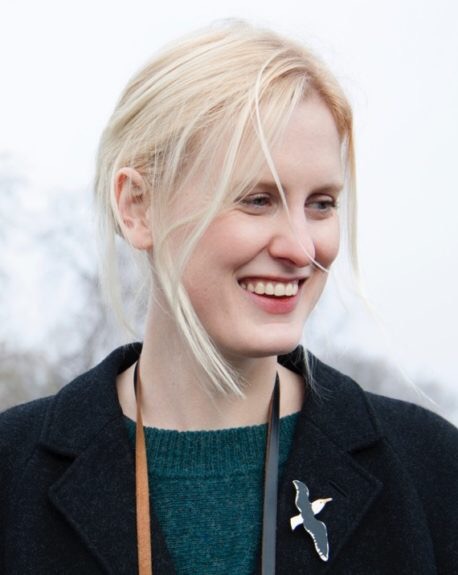 Gulliver’s on Oldham Street in Manchester’s Northern Quarter will be hosting author Amy Liptrot, whose stunning memoir The Outrun has been garnering rave reviews.

Describing it as ‘a future classic,’ The New Statesman said ‘Liptrot is an Orcadian warrior with the breeze in her blood and poetry in her fingers.” It was also shortlisted for The Wellcome Book Prize 2016.

The book set mostly in the Orkney Isles tells the story of the author’s battle with alcohol and mental health issues which saw her leave the bright lights of London after a period of rehab to return to her childhood home and reconnecting with the natural world.

Amy will be joined in what promises to be a lively discussion by Ebba Brooks, a former journalist and book festival founder. She now teaches creative writing at the University of Leeds and digital skills at the University of Salford, Holly Aszkenasy, a writer born in north London at the Royal Free Hospital, a Brutalist beauty of the highest order, and named for a pub nearby. Holly currently resides in Manchester, where she is working on her first novel.

Laura Tansley, whose writing has appeared in Butcher’s Dog, Cosmonaut’s Avenue, Deseeded, Inky Needles, Lighthouse, New Writing Scotland and PANK. Her collaborative short fiction with Micaela Maftei has appeared in Gutter and Kenyon Review Online, and together they edited the collection Writing Creative Non-Fiction: Determining the Form. She lives and works in Glasgow.

Kate Jones, who divides her days between writing features for online magazine Skirt Collective, reviews for The State of the Arts website, and reading books for review. In between this, she indulges in her favourite writing habit of creating flash fiction, and has been published in various literary magazines, including SickLit, Gold Dust, and Spelk, as well as being nominated for this year’s Pushcart Prize.

Four years in jail for man who groomed an 11 year old online using...

HS2 was no more than a vanity project claims civil servant