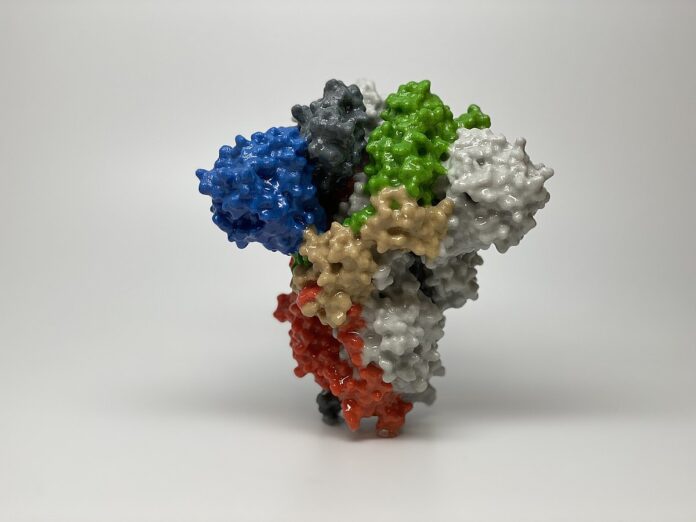 Researchers at the Francis Crick Institute have characterised the structure of the SARS-CoV-2 spike protein as well as its most similar relative in a bat coronavirus.

The structures provide clues about how the spike evolved and could help inform vaccine design.

A characterising feature of SARS-CoV-2, the virus that causes COVID-19, is the protein spikes which cover the surface, which the virus uses to bind with and enter human cells.

Analysing the structure of these spikes could provide clues about the virus’ evolution. It is not yet known how SARS-CoV-2 evolved to infect humans and whether this happened directly from coronaviruses in bats or via an intermediary species.

In their study, published in Nature Structural & Molecular Biology, the researchers characterised the spike protein in high resolution using a technique called cryo-electron microscopy, which allowed them to achieve a greater level of detail than previously reported structures. They then compared this structure to the spike protein of a bat coronavirus, RaTG13, which has the most similar spike to that of SARS-CoV-2.

Labour says it will pardon Suffragettes fighting for the vote

A former GMP officer is being investigated over his actions on the night of...