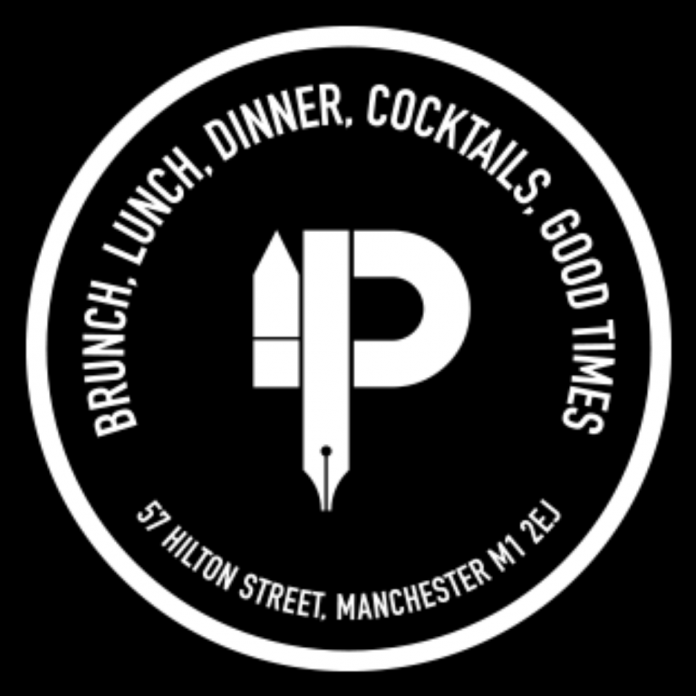 The Pen and Pencil, who are well known for their imaginative take on brunch and signature twists on classic cocktails, have plenty of exciting events coming up.

Lined up for September, events at The Pen and Pencil include:

Dave Haslam the Haçienda legend will be returning and taking over The Pen and Pencil decks on Saturday 15th of September, with support coming from Chad Jackson (Haçienda) AND David Dunne (Triple Dee).

Dave Haslam DJ’d over 450 times at the Haçienda throughout the ‘Madchester’ years in the 80s. His open-minded, ground-breaking DJing became the focus for Madchester’s indie dance fraternity. Ian Brown, Tim Burgess, Justin Roberton and the Chemical Brothers have all credited Haslam as an inspiration. He describes his DJing philosophy as “playing the best records ever made, one after the other” and has been nicknamed “the man with golden ears.”

Chad Jackson has been a Music Producer, DJ and Music Industry Educator for the last 30 years. Originally from Manchester, where he held a residency at the legendary Haçienda club at the height of its prominence.

David Dunne (Triple Dee) is a remixer, producer, DJ and musician with his radio show now on over 55 stations around the world. He was resident at Dry Bar, the Hac’s sister bar, from 1992-1997 and played at the Hacienda, over 30 times.

The event starts at 8pm and entry is free.

It’s The Pen and Pencil’s 3rd birthday this September. And to celebrate they will be throwing a massive birthday bash with disco heavy weight The Reflex, and support from Reeta, Marco Giannini and Tom Malam.

The Reflex will be spinning classic and modern day heat for an incredible birthday celebration. Fascinated by the remix from an early age, London-based French native Nicolas Laugier, aka The Reflex, takes his cue from the first wave of disco remixers by using only the original sounds from the master tapes (or stems) to breathe new life into soul, pop and disco classics. Imaginative arrangements, boxfresh sonics and intricate editing make The Reflex Revisions rocket fuel for every DJ set. Having clearly established himself as one of the best in the remix field, now is the time to sit up and take notice of this French DJ / producer doing it his way.

Radio DJ at Gravity Manchester and the newest member of the Lost in Music family after winning the Lost in Music DJ Competition, Reeta, couples cutting edge house tracks with classic disco and tracks she refers to as hidden gems. Followed by Marco Gianna, broadcaster on MCR Live and former resident DJ at Sankeys Soap and the Warehouse Project, along with one of our favourite Manchester based DJs playing funk, Soul, disco & laid back beats.

There’s also opportunities to win a number of prizes, £5 birthday cocktails and the opportunity to get glittered up at the bar by a professional makeup artist!

The event runs from 8pm-2am and is free entry.

Be entertained by some of the best DJs in Manchester every weekend until 2am. Look forward to everything from disco, funk, house, soal and chilled grooves every Friday and Saturday night!

Highlights for September include:

Tuesday night is quiz night at The Pen and Pencil. ‘Pencils Down’ is the weekly themed quiz hosted by Quizimodo himself, John Stansfield. Entry is £1 per person and the winner takes it all with the best team name also winning a prize.

The quiz takes place every  Tuesday from 7.30pm – £1 quiz entry per person (pre-booking is recommended).

Every Wednesday The Pen and Pencil are inviting Mancs to join them for a night of live music, with a bottle of wine and two main meals all for just £30. Acts confirmed in September include Charlie Reader, Taylor and the Mason, Bob & Dave, and Bourbon and Blues with Walklate and Lawley.

For those who may be a little more serious about their first meal of the day, The Pen and Pencil are serving up their Bottomless Brunch for those who just can’t decide which delicious dish to eat first. With a grand total of seven dishes on offer, as well as five breakfast drinks to choose from, the Bottomless Brunch is sure to be a game changer for any self professed breakfast connoisseurs. Options include Steak and Eggs, Breakfast Hash and American Style Pancakes, of course not forgetting all the breakfast classics too! Diners are well and truly spoilt for choice. Bookings for the Bottomless Brunch must be made in advance!

Priced at £40 per person, and runs on the last Saturday of each month.

Happy Hour at The Pen & Pencil

Everyone loves a happy hour, and so from Monday to Friday 5-7pm The Pen and Pencil offers great deals on drinks Including 2 for £10 cocktails, £15 bottles of Prosecco, £3 bottle of Modelo Especial, and £10 house wine.

Make Monday manageable, and eat for less every Monday at The Pen & Pencil with 50% off all food all day (email bookings only).

A new offer from August, The Pen and Pencil are offering any burger or sandwich, plus a soft drink, bottle of Modelo or a small house wine for just a tenner! Available every Thursday from 12pm.

The Ivy Premieres at Cocktails in the City This Weekend