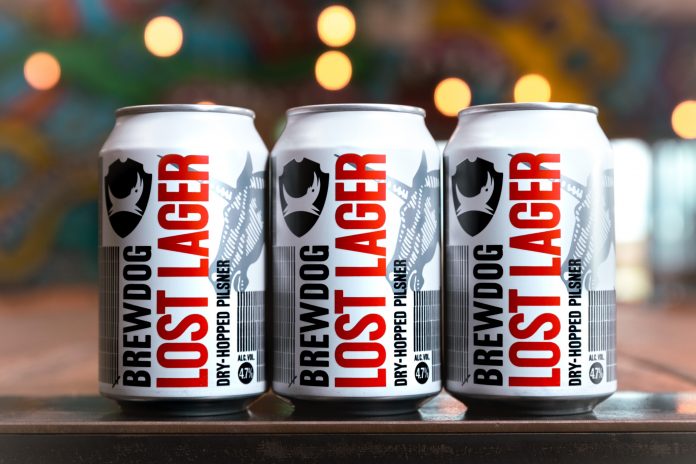 Independent Scottish brewery, BrewDog, has announced an international ‘Bad Beer Amnesty’, giving drinkers the opportunity to swap any mainstream lager for a pint of its new headliner beer, Lost Lager, which hits its bars today.

On Wednesday 12th September 2018, BrewDog Manchester on Peter Street will have a designated ‘Bad Beer Bin’ where visitors can dump their unwanted cans of beer in exchange for a pint of the brewery’s latest lager.

BrewDog will be accepting cans from midday to closing time on 12th September 2018 in all participating bars. Each person who swaps a can of ‘bad beer’ will be entitled to one free pint of Lost Lager. The initiative to get drinkers to upgrade their lagers will be available in all BrewDog’s UK bars, as well as its Barcelona, Berlin and Brussels bars in mainland Europe.

“Lost Lager is our best lager to date; a crisp, clean pilsner with hints of spice and a zesty lime marmalade character. To mark its launch, we wanted to give beer drinkers a chance to taste a lager made with soul and passion, rather than the mass-produced fizzy yellow swill that the big breweries have been peddling for years. So, bin your Budweiser, say farewell to Fosters, and get your hands on a pint of Lost Lager.”

“For decades, the craft of lager has been lost and forgotten, bastardised by mega breweries putting profit before flavour. But brewed right, lager can pack huge flavour and offer a really exciting style with depth and character. We have been working hard on nailing this recipe for months, and we know anyone who has a taste of Lost Lager will never look back.”

Lost Lager will also be available to buy at BrewDog.com/shop in 330ml cans or bottles from today. The beer is also being stocked by Tesco and Booker nationwide from today, in 330ml bottles, 330ml cans, and 660ml bottles.