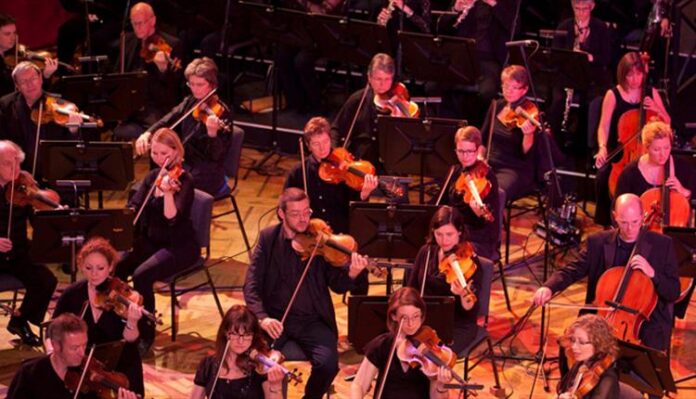 On Sunday 16th August, from 7pm to 8pm, Radio 2 and the 10 local BBC radio stations in the North will come together to broadcast the Great Northern Playlist, a series of tracks nominated by BBC local radio listeners.

All of the songs have been reimagined by the BBC Philharmonic, an 80-piece orchestra based in Manchester, with each part recorded remotely during lockdown.

Presented by Radio 2’s OJ Borg, the programme will feature tracks such as Soft Cell’s Tainted Love, Pet Shop Boys’ It’s A Sin and Little Mix’s Black Magic, alongside other northern favourites. It will also include live link-ups with presenters from each of the 10 local radio stations. The 11th song on the Great Northern Playlist – Lisa Stansfield’s “All Around The World” – was picked by BBC Philharmonic members.

The special show will also feature other tracks that the BBC Philharmonic recorded during lockdown.

Rozina Breen, head of BBC North, said: “The Great Northern Playlist is an important collaboration between BBC England and the BBC Philharmonic. Connecting communities through the arts, it has showcased the rich and vibrant musical talent that the North has to offer, celebrating the very best of our musical heritage.”

The Radio 2 show is from 7 – 9pm and will be simulcast in full with BBC Radio Manchester, with the Philharmonic’s cover of Oasis’ She’s Electric opening the second hour at 8pm. The other 9 local radio stations will broadcast the show for the first hour from 7 – 8pm.

The office Christmas Zoom party: what to do, and what not to