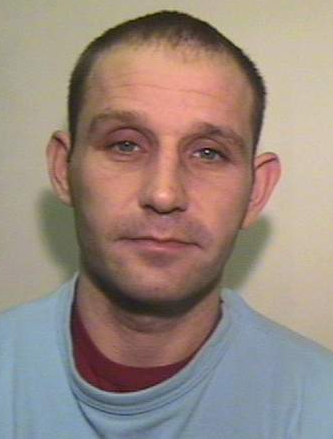 A man convicted in 2006 of rape, attempted rape and perverting the course of justice has been jailed, following a successful GMP-led operation to return him to the UK in order to serve his eight year sentence.

Gary Johnson aged 49 formerly of Mayfield Avenue, Macclesfield was escorted back to the UK after being deported from the Philippines on Friday 21 February 2020.

Johnson was tried in October 2005, for the rape and attempted rape of a 31-year-old woman, as well as for perverting the course of justice. However the jury could not reach a verdict and a re-trial was ordered in relation to the rape offences.

The victim met Johnson during a night out in Urmston in March 2004. After accompanying him to an address in Urmston, he then raped her.

Whilst awaiting trial in prison, Johnson wrote a letter to a friend asking for them to visit the victim and get her to sign a statement that Johnson had worded for the victim to retract her testimony. This letter was intercepted by police and Johnson was charged with attempt to pervert the course of justice.

Whilst on bail pending the retrial, Johnson fled the country using a false passport, deliberately absenting himself from the court trial.

In April 2006 at Minshull Street Crown Court, Johnson was sentenced in his absence, following a trial, to a total of eight years imprisonment after being found guilty of all charges.

Johnson appeared at Minshull Street Crown Court having been arrested on a Fail to Appear Arrest Warrant that was issued for his arrest in April 2006. He was subsequently sentenced to six months for committing the Bail Act Offence in addition to his original sentence of eight years.

Speaking after today’s court appearance, Keith Graham, who was formerly a Detective Constable at Stretford CID, said: “I would first and foremost like to thank the victim of Johnson’s depraved actions for her bravery and strength throughout the initial trial.

“I cannot begin to imagine the amount of injustice she must have felt as Johnson evaded his sentence by fleeing the country.

“It is for her sake that we have persevered and remained determined in our efforts to return him back to the UK, ensuring he faces the consequences of his despicable actions. Johnson is a coward, who mistakenly thought he could break the law and evade the consequences, leaving his victim bereft of justice.

“I can only hope that knowing Johnson is finally serving his time behind bars can bring a measure of comfort to her.

“I would like to commend both the Manilla consulate and National Crime Agency (NCA) representative in the Philippine region who have played an instrumental role in securing today’s positive result.

“May today serve as a warning to anyone who believes that they can commit crime without consequence – this type of behaviour will absolutely not be tolerated and we shall do all within our power to find you and bring you to justice.”