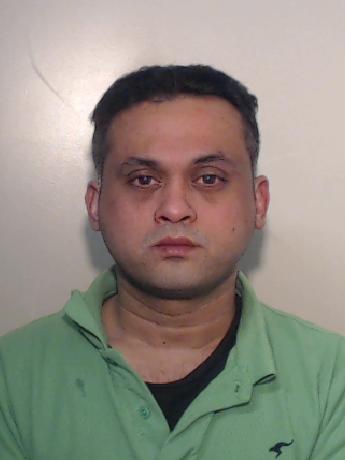 The court heard that on 19 March 2017 a woman left home to go to her friend’s house and noticed that her phone battery was flat.

She went into a shop on Wilmslow Road in Withington and asked Kulat if she could briefly charge her phone inside.

After she plugged her phone in, Kulat locked up the shop, became aggressive and refused to allow her to leave.

He hit the woman in the face and the body with a wooden pole repeatedly, causing serious bruising and swelling. The attack was so vicious that the pole actually broke into several pieces.

Kulat then demanded that she went into the store room, where he raped her before falling asleep.

Detective Constable Laura Hughes, of GMP’s Serious Sexual Offences Unit, said: “This was a despicable attack on an innocent woman as she was on her way to her friend’s house.

“Kulat subjected her to a violent and terrifying ordeal which will haunt her for the rest of her life and nothing will repair the psychological damage he has inflicted.

“I want to commend her bravery in coming forward to report this shocking attack and helping to secure this conviction.

“Help and support will always be available to victims of sexual offences and I hope this sentence shows how seriously we take these crimes and we will do all we can to bring these people to justice.”