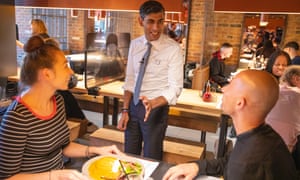 The North West is facing a looming jobs crisis, as the furlough scheme unwinds and businesses operate with severe restrictions.

In the North West 828,900 people are furloughed, equivalent to around 23% of the workforce.

224,000 people are using the Self-Employed Income Support Scheme, around 6% of the workforce

348,794 people are claiming UC and other out of work benefits, equivalent to 9% of the working age population and a rise of 112% since

Last week, we got rhetoric and rehashed announcements from the Prime Minister.
This week we got a meal deal from the Chancellor.

Whilst the voucher scheme is welcome, customers will only return to the high street when they are confident the virus is under control. This requires a functioning track and trace system, and a clear framework for local lockdowns.

The Chancellor is also undoing any good work with the blanket withdrawal of the furlough scheme, starting in just a few weeks.
He’s offered firms a £1,000 for any workers they retain until January, but this will be of little to comfort to those making painful redundancy decisions now.

The hardest hit sectors that rely on social interaction and an influx of tourists face months of uncertainty.

An estimated 163,809 are furloughed and face an uncertain future as the scheme is withdrawn in a matter of weeks.

The arts and entertainment sector support roughly 102,911 jobs in the North West

An estimated 71,523 are furloughed, and again face an uncertain future as the government presses on with blanket withdrawal from August.

“The North West was promised a new deal – what it got was a meal deal.The Chancellor is still pressing on with his one-size-fits-all approach to withdrawing the Job Retention and self-employed schemes, despite many businesses in the North West working with severe restrictions.

“The scheme must now live up to its name – supporting employment in industries which are viable in the long term. There is still time to avoid additional floods of redundancy notices.”