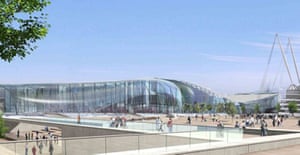 Although organised gambling has a long tradition in the UK,dating back as far as the 18th century, the nation’s gambling traditions have been based around sport, particularly horse racing and greyhound racing. Betting on sport enjoyed a boom with the legalisation of off-course bookmakers in 1960, and the internet revolution has produced another new wave of betting.

However, while the online casino industry in the UK has thrived, with casino gamers being able to choose from hundreds of casino sites and casino promotions, the land-based UK casino industry has struggled to develop at the same pace. For decades, the casino sector has been focused on creating an equivalent of Las Vegas or Atlantic City in the UK, but those dreams have never become a reality, for a variety of reasons. Perhaps the most recent and illustrative example of how hard it is for the casino industry to make headway in the UK was provided ten years ago with the controversial and ultimately doomed Manchester super-casino fiasco.

Back in the 2000s, the UK casino industry thought that its time had finally come. The Labour government had proven to be more sympathetic to the gambling industry as a whole thanhad been expected, and the 2005 Gambling Act represented a significant potential milestone. It allowed for the creation of what were described in the legislation as “destination casinos”. These were to be casinos on the same scale as the super-resorts of Las Vegas, which incorporated not just massive casino floor space but also hotels, shopping and leisure facilities, becoming complete tourist destinations.

The Act originally proposed the creation of eight of these casino resorts around the UK, but in an early sign of the strength of the headwinds in which the UK casino industry operates, there was major opposition from a number of social and religious organisations, along with significant sections of the national media. Therefore, the original proposal for eight such sites was reduced to just one, with eight reduced-scale casinos, known as “large casinos”, with a minimum area of 1,000 square metres.

However, there was still considerable interest from city councils, who were excited at the prospect of the jobs and revenue that such a casino resort could generate. Twenty-seven sites were proposed before that list was whittled down to eight. A site near the City of Manchester Stadium was one of the eight, and at the end of a controversial bidding process, the Manchester bid was named the winner, ahead of the likes of the O2 Arena in London and a site in Blackpool.

This was a major win for Manchester and for the council, offering the prospect of a multi-million-pound investment in the city, along with 3,500 jobs. However, the site soon ran into political trouble. Less than two months after Manchester was announced as the winner, in January 2007, the House of Lords rejected a Gambling Order enabling the creation of the resort. At this point, politics took over as Prime Minister Tony Blair stepped down and was replaced by Gordon Brown.

Brown’s attitude towards the super-casino was far less favourable than his predecessors, but the prospect of cancelling a major source of investment into a staunchly Labour city was not a welcome one. In the end, however, following months of furious behind-the-scenes argument and wrangling, including threats of legal action, the project was scrapped in January 2008, though the plan to permit eight “large” casinos, none of which were based in Manchester, wasto go ahead.

In his autobiography, Tony Blair famously described the decision as “the worst kind of puritanism”, and many attributed the decision to Gordon Brown’s personal attitude towards the gambling industry. However, as a politician, Brown couldn’t afford to ignore the prevailing sentiment in the media and society at large. In that sense, the opposition to the Manchester super-casino was primarily driven by culture rather than politics or the personal preferences of politicians.

As the recent furore over the extent of sports betting advertising on television indicates, popular sentiment in the UK retains an underlying puritanism. It may not be evident most of the time, and it has not prevented gambling from becoming an integral part of UK culture, but the lesson of Manchester’s failed casino is that any plans to bring large-scale, gaudy Las Vegas-style gambling will always be working against the grain of UK culture, society and politics.

A touch of class… the ultimate football fan’s room revealed