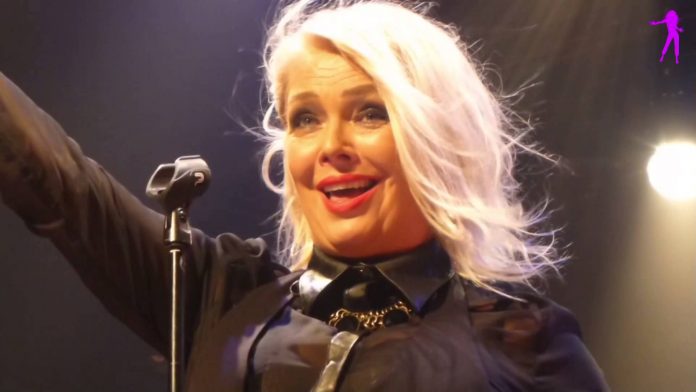 Kim Wilde brings her stunning live show to Manchester’s O2 Ritz for a special one-off date this Christmas on 22nd December – with support from Toyah and Carol Decker (T’pau) … making up a heavenly trio of 80s female icons.

To join these ladies and with the volume turned well and truly up are Lawnmower Deth who are set to inject the party with their unique brand of heavy-as-hell rock. Obviously, with Kim joining them on-stage at Download in 2016, a re-match was always on the cards…

“Get ready for a cocktail of Christmas chaos and fun with me and my mates, all the tunes you love, and don’t forget your antlers!”  KIM WILDE

KIM WILDE: burst onto the music scene in 1981 with the classic ‘Kids In America’, a worldwide hit. This lead to a stunning career with over 30 million record sales spanning 12 albums and some of the most memorable hits of the 80s including, ‘Chequered Love’, ‘Cambodia’, ‘You Keep Me Hangin’ On’ (number one in the USA), ‘You Came’, ‘Never Trust A Stranger’ and ‘Four Letter Word’ to name but a few.  Live she has previously supported two icons of music Michael Jackson and David Bowie. Now she is synonymous with Christmas via her beautiful and critically acclaimed, ‘Wilde Winter Songbook’ album (which featured her favourite Christmas and winter inspired songs alongside her originals) as well as her Christmas tube train viral sing-a-long with her brother!

TOYAH WILLCOX:  In a career spanning over 40 years Toyah has amassed thirteen top 40 singles, recorded twenty-four albums, written two books, appeared in over forty stage plays, acted in fifteen feature films and presented hundreds of television programmes. Her hit singles include It’s A Mystery, I Want to Be Free and Brave New World and her platinum-selling albums Anthem and The Changeling confirmed her status as one of the most significant talents of the 1980s.

LAWNMOWER DETH: The band formed in Nottingham and is led by front man, Pete Lee. Their many singles include the notorious cover version of Kim Wilde’s Kids In America!  The bands sense of humour exudes in their live show with costumes and capers alike. They are permanent fixture on the festival circuit having played Bloodstock, Download (a whopping 5 times), Damnation, Hard Rock Hell, Beermaggedon and Hammerfest.  They claim to be one of only three bands you can name that have kept their original line up for 30 years.