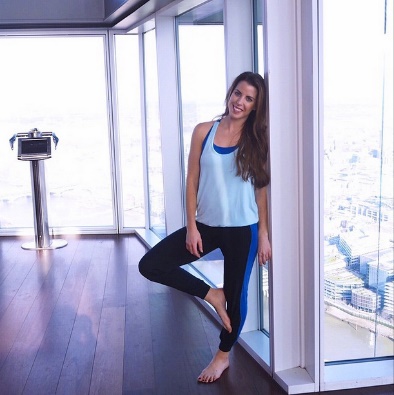 A lack of awareness has sparked cause for concern around one of the leading health conditions in the UK, Type 2 diabetes, with 64% of people in Manchester admitting to never having been tested to determine their risk

Over 1 million adults in the UK, which could mean over 9,000 in Manchester, that’s 2% of the population may have undiagnosed Type 2 diabetes.

So LloydsPharmacy is on a mission to help find those people who are at risk and undiagnosed through their free screening service and health campaign #TheMissingMillion. LloydsPharmacy is hosting a roadshow with UK Health and Fitness Blogger, Carly Rowena in Manchester on 2nd August 2017.

At the roadshow, LloydsPharmacy will be offering free Type 2 diabetes screenings and the chance to get expert advice on managing your health to reduce your risk. LloydsPharmacy have partnered with Carly to help encourage the nation and Manchester to get their free screening. Carly will be available at the roadshow to talk to locals about staying active and preventing Type 2 diabetes. She will also be demonstratingshort exercise routines that people can carry out at home to boost their wellbeing.

The lack of awareness will come as a surprise to the UK public with over a fifth of Manchester giving themselves a solid 7 out of 10 when asked to rate their health. However, just 36% of the city have been tested previously for Type 2 diabetes, making the majority of people unaware of their risk.

Type 2 diabetes can strike at any time but a common misconception is that you are mainly at risk when you are over 50 years old. However, according to LloydsPharmacy’s data from the past twelve months, one in five of those who had a high or very high risk of Type 2 diabetes were aged under 50, indicating that people may need to consider their risks sooner than they think.

In total, one in 14 people tested by LloydsPharmacy in 2016 had a high or very high risk of developing Type 2 diabetes in the next 10 years[.

LloydsPharmacy pharmacist Varun Bitra commented, “Type 2 diabetes commonly hits around middle age but it can develop in people who are much younger, even children. If left untreated it can lead to serious health problems, but when identified early and correctly managed people can maintain their health well and even reverse the progression of the condition. LloydsPharmacy can help you to identify your risk by completing a simple questionnaire and, if necessary, measure your blood pressure and taking a very small finger-prick sample of blood to measure your blood glucose level.

So, pop down to Market Street in Manchester to get your free health check”

LloydsPharmacy is on a hunt to find TheMissingMillion with roadshows around the country, where they are offering free Type 2 diabetes screenings and the chance to get expert advice on managing your health to reduce your risk. A roadshow will be hosted in Manchester on Wednesday 2nd August 2017.

“Our message is simple and clear: the current system failed to protect us from...