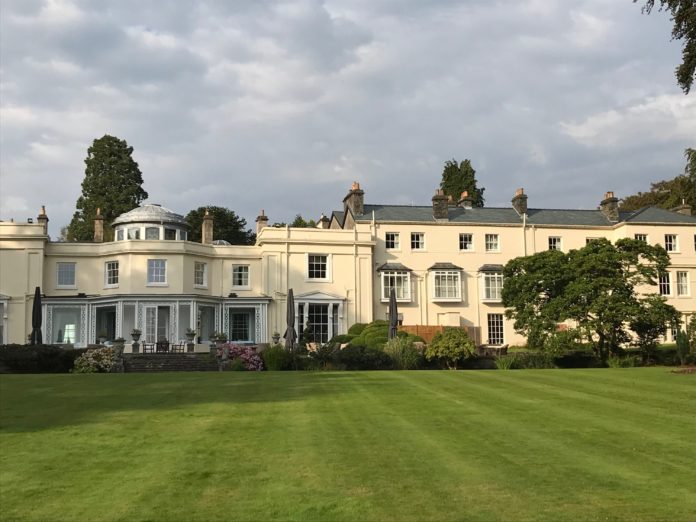 It is rumoured that Storrs Hall was where the Poet William Wordsworth was inspired to write his famous verses on daffodils, he wandered Lonely as a Cloud while walking through the drawing rooms of what was then a country estate.

Nearly two hundred years later, it is a luxury hotel Grade II Georgian listed located with views over England’s largest lake just a five minute drive from the tourist hot spot of Bowness and yet a world away, somewhere perhaps its views and ambience may inspire a future poet Laureate.

The hotel itself was once the home of Yorkshire landowner Sir John Legard. Inspired by his continental travels in the late eighteenth century and denied access to his Swiss Country House near to Lake Geneva by the Napoleonic Wars, he built Storrs Hall to recreate his Swiss idyll. 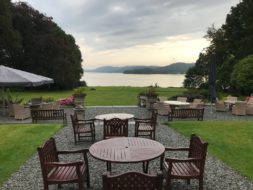 Today you arrive down a secluded drive off the main road, walk in and you are transported into luxury, a wonderful welcome from one of the many staff, who easily answer any questions while you sit in leather chairs surrounded by the trappings of a country house, marble statues, stags heads and numerous paintings whilst being checked in.

After passing through numerous owners, by the end of the nineteenth century, the hall had become a hotel, first class passengers transported by steamer from the train station at Windermere who enjoyed its magnificent setting. It was by the inter war years particularly popular with American tourists

We stayed in one of its junior suite rooms, it is one of thirty bedrooms available in the hall with views either of the lake and the wonderful surrounding countryside. The hotel stands within seventeen acres and nestled in the woodland is the beautiful Boathouse, a uniquely romantic property that will take your breath away.

The room was a very ample size, a very comfortable king sized bed, comfy sofa for two with a bathroom that would put most to shame with its double walk in shower, twin sinks, ample sized bath and its own audio and TV system. 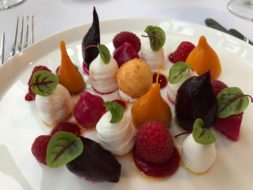 Afternoon tea can be taken wherever you please; in its lounge, drawing room, restaurant, or conservatory, all with sweeping views of the magnificent lawn which rolls down to the lake. If weather permits, afternoon tea can also be enjoyed outside. We skipped the tea instead walking down to the lakeside and exploring Legard’s Temple of Heroes on the lake shore, built in 1804 to commemorates the Admirals Duncan, St. Vincent, Howe and Nelson who fought during the Napoleonic Campaigns.

I’m glad that we skipped afternoon tea because the three courses of dinner, served in the conservatory as the sun set over the lake, were ample food for the day.

If we had one complaint, it was of the first first view of the frontage of the hotel, I have to say is a little uninspiring, it’s facade a little tired and with need of a lick of paint but that was really the only complaint during our stay and the views from the rest of the hotel certainly made up for it.

Travel and the coronavirus – possible destinations