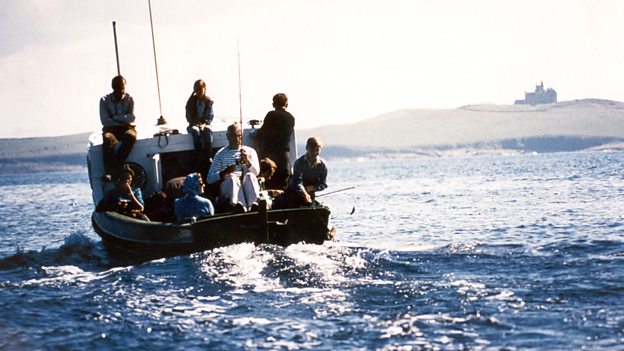 In August 1979 a bomb is detonated on board a small fishing boat off the north west coast of Ireland. That one moment led to a collision between The Royal Family, the heart of the British establishment and Irish republicanism.

Now a new BBC Northern Ireland documentary marking the 40th anniversary of the death of Lord Mountbatten, seeks to retell the events of that day which also included the ambush of a convoy of British soldiers, at Narrow Water Castle near Warrenpoint in County Down. Eighteen soldiers and one civilian were killed in the ambush – the biggest loss of military life in a single day during the 30 years of the Troubles.

The Day Mountbatten Died, to be broadcast on Monday 19 August, BBC Two network and BBC One Northern Ireland at 9pm, features interviews with Lord Mountbatten’s granddaughter India Hicks, who was holidaying with her grandfather and family at Classiebawn Castle at Mullaghmore, County Sligo that summer and Mary Hornsey, from County Fermanagh, who was on holiday in the area with her family at the time and whose 15-year-old son Paul Maxwell was one of the young people killed on board the boat.

The documentary also hears from locals from the village who were involved with the rescue operation, some of those who witnessed the explosion, and the Garda Protection Officer assigned to Lord Mountbatten and his family that summer.

General Sir Mike Jackson was the Para officer who was a company commander with the regiment at the time and was sent to Narrow Water, outside Warrenpoint in County Down, Northern Ireland, who tells of how they dealt with the aftermath and we hear from the cousin of Bill Hudson, an English civilian who also died as a consequence of the attacks.

Also interviewed in the film are Anthony McIntyre, a former member of the IRA, who was in prison at the time of the assassination and Kieran Conway, who gathered intelligence for the IRA, and who talk about the IRA’s operations at that time.

The one-hour documentary reveals for the first time that an earlier attempt on Lord Mountbatten’s life had been planned four years before his eventual assassination.

India Hicks describes how the family is still struggling to come to terms with the tragic loss of that day.

She says: “Everybody coped very differently… and some didn’t cope well and of course we’re seeing the side effects of that, even to this day, and the damage that was done was so much deeper than any of us could ever have imagined and adult lives are still being horrifically disrupted.”