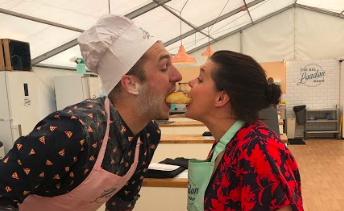 As lockdown continues, there will be plenty of things that people will be missing. Yet The Big Bakes, the UK’s first and only live baking competition, is proving that Brits needs not be deprived of their favourite things during self-isolation.

The news comes in the wake of Greggs making a u-turn on its decision to re-open some of its stores. At the end of April, the bakery chain announced plans to open 20 shops on a trial basis, but less than a week later the company confirmed that the trial will begin in-house, meaning its loyal customers will have to wait a little longer to get hold of their favourite Greggs goodies.

Yet worry not, because Brits will soon be able to make the ultimate sausage roll at home, using The Big Bakes’ secret, tried and tested recipe, which YouTube star LadBaby recreated during a hilarious bake off session last September. The Big Bakes invited the renowned lifestyle blogger to its London tent, for a husband and wife sausage roll off – an event that has been viewed online almost half-a-million times, and for good reason!

Now, in the wake of the disappointing news from Greggs, The Big Bakes has decided to reveal the sausage roll recipe that LadBaby has already mastered, to give the public the opportunity to have a go at home. Keen bakers can cook along to a simple tutorial video, available via The Big Bakes’ social media channels, and will need the following ingredients to take part:

METHOD: How to make the ultimate sausage roll

METHOD: To make your Filling.