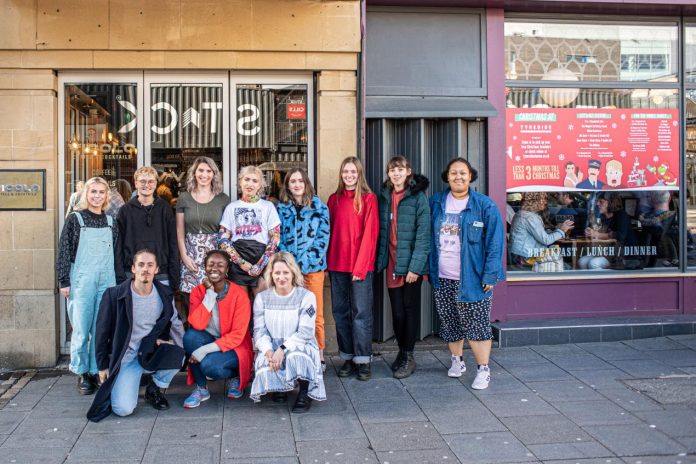 The two-year project which hopes to diversify the content and programming on the BBC continues its search for unique ideas for broadcast.

Northern artists, creators and makers are invited to apply for the New Creatives North talent development scheme this this May.

The programme has already commissioned over 70 artists from across the North of England and are now looking for more undiscovered voices. Those selected will be in with a chance of seeing their work broadcast on BBC platforms, including BBC iPlayer, BBC Sounds, BBC Taster and beyond.

The programme is for 16-30 year olds and focusses on giving opportunities to young creatives from all backgrounds – to broaden the range of voices and experiences we hear and see on our screens and radio.

Afshan D’Souza-Lodhi from Manchester was selected to make Chop Chop which has now been seen by tens of thousands on the BBC Sounds platform. D’Souza-Lodhi said “To be selected for New Creatives and to have my audio drama showcased on BBC Sounds has been incredible for my career. I have already been approached by producers who have heard the piece on BBC Sounds and want to work with me.”

The team behind the Northern drive are encouraging applications from anyone, even if you’ve never done anything like it before, Creative Director and the award-winning filmmaker leading the project, Ian Fenton says, “Don’t doubt yourself, just apply! If selected you’ll be supported by industry professionals, you’ll be given guidance, training, skills development and money! You don’t have to be established or have made any work before – you just need to have a good idea.”

The organisers are looking for submissions that cover a wide range of artistic practices. Applications are encouraged from creatives who could be writers, sound artists, podcasters, dancers, performers, musicians, filmmakers, comedians, visual artists, illustrators, animators, poets, storytellers or games designers; or they could be something else entirely.

From the serious to the comedic, the soothing to the provocative, the specific to the abstract New Creatives North are looking for ideas that push the boundaries, make people think, and encourage new ways of understanding the world we currently live in.

Applications for film and audio are now open, to find out more and apply visit  www.newcreatives.co.uk

The youngest creative is Jessica Johnson from Cheshire, who is just 17 and will make a short film exploring a dystopian society inspired by class structures in Britain today.

This newest group of creatives also includes artists who will make the first interactive art pieces with a budget of up to £20,000.

Marnie Simpson, 23 from Leeds will employ a blend of interactive sculpture and virtual reality for her piece LOOKOUT, taken from the perspective of “GovCorp” – an imagined overlord that has promised to take us into the future.

Anna West, 25 from Manchester will transport viewers into a seemingly utopian universe in her VR animation, To Miss The Ending, where everything can be made better with a headset and a consent form.

Over the course of the next few months, the artists selected will take part in training and development workshops with experienced professionals to develop their approved production partners to create their work, with input from northern organisations such as Tyneside Cinema, Naked Productions and of course the BBC. The completed work will then have the chance of being selected for a new strand of programming: BBC Introducing Arts, which will showcase new artistic talent from the UK across BBC platforms, including BBC iPlayer, BBC Sounds, BBC Taster and beyond.

New book by Dave Haslam will be a masterful insider account of the Hacienda,...

Majority of people would pay to watch online theatre again – even when venues...