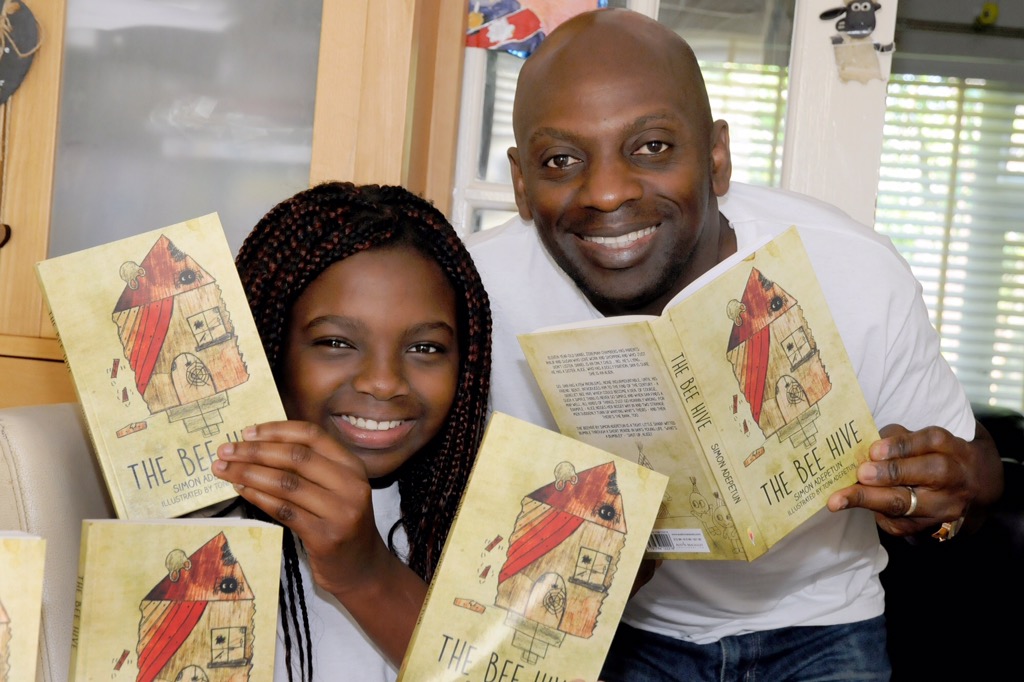 A Warrington author has released his debut novel last year. Simon Adepetun has written the incredible story The Bee Hive; this book is the exciting and engaging story of Ben and his friend, desperate to become School Scientists of the Year, who stumble upon a treasure map in an old abandoned bee hive. With Ben’s annoying sister, Alice, they team up to unravel clues and find the gold.
Simon wishes that his readers will truly be “Encapsulated by the adventure we all embark on” and that his young audience will connect with the moral message as well as see a friend in his believable characters and laugh along with the book’s incredible wit.

“My passion for writing started whilst in junior school and I continued to write through my university days, the zeal to write waxed stronger by the day” says Simon Adepetun. “I needed a theme so one day whilst heading to work, I noticed an old run down shed, looked at my kids and thought ‘now here’s an idea’ – The Bee Hive was thus born.”

Simon lives in Warrington with his wife and three children. He has a 2:1 (Hons) in English Studies and a postgraduate certificate in Theatre Studies from the University of Manchester. He loves to travel and of course, to write.

The Bee Hive is a funny and beloved children’s book from everyone who has shown an interest. After his book launch in Waterstones Warrington, Simon has spoken to over 2000 students in total in the local schools around Warrington, most recently Sir Thomas Boteler High School on the 12th December.

During the summer, Simon attended summer days in Orford, Birchwood and Great Sankey. Simon has been interviewed on radio stations including the likes of Radio Warrington, BBC Merseyside, UCB, Salford FM, Bolton FM and more. he has also been interviewed by the Warrington Guardian and has participated in signings at countless places in his area.
He will be talking about his book on BBC Radio Manchester on Friday 20th January 2017 between 10.30-11.00 with Mike Sweeney

Grab a copy of The Bee Hive now and sink into the wonderful story of Ben and his quest for treasure.

The Bee Hive, published by Austin Macauley, is available to purchase from Amazon and all good bookshops. For more information, please visit www.austinmacauley.