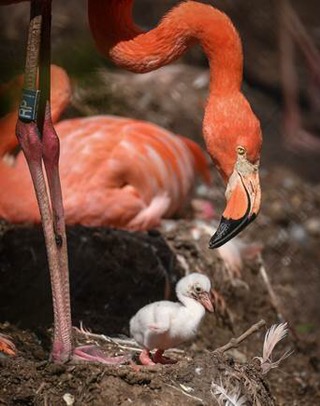 The 11 Chilean and 12 Caribbean flamingos started to hatch on 9 June with the last of new arrivals emerging from its egg on Wednesday (5 July).
Chicks start out life white or grey in colour and won’t start to grow their trademark pink feathers for around six months.
Each hatched to a different female as flamingos are monogamous birds and only lay a single egg each year. 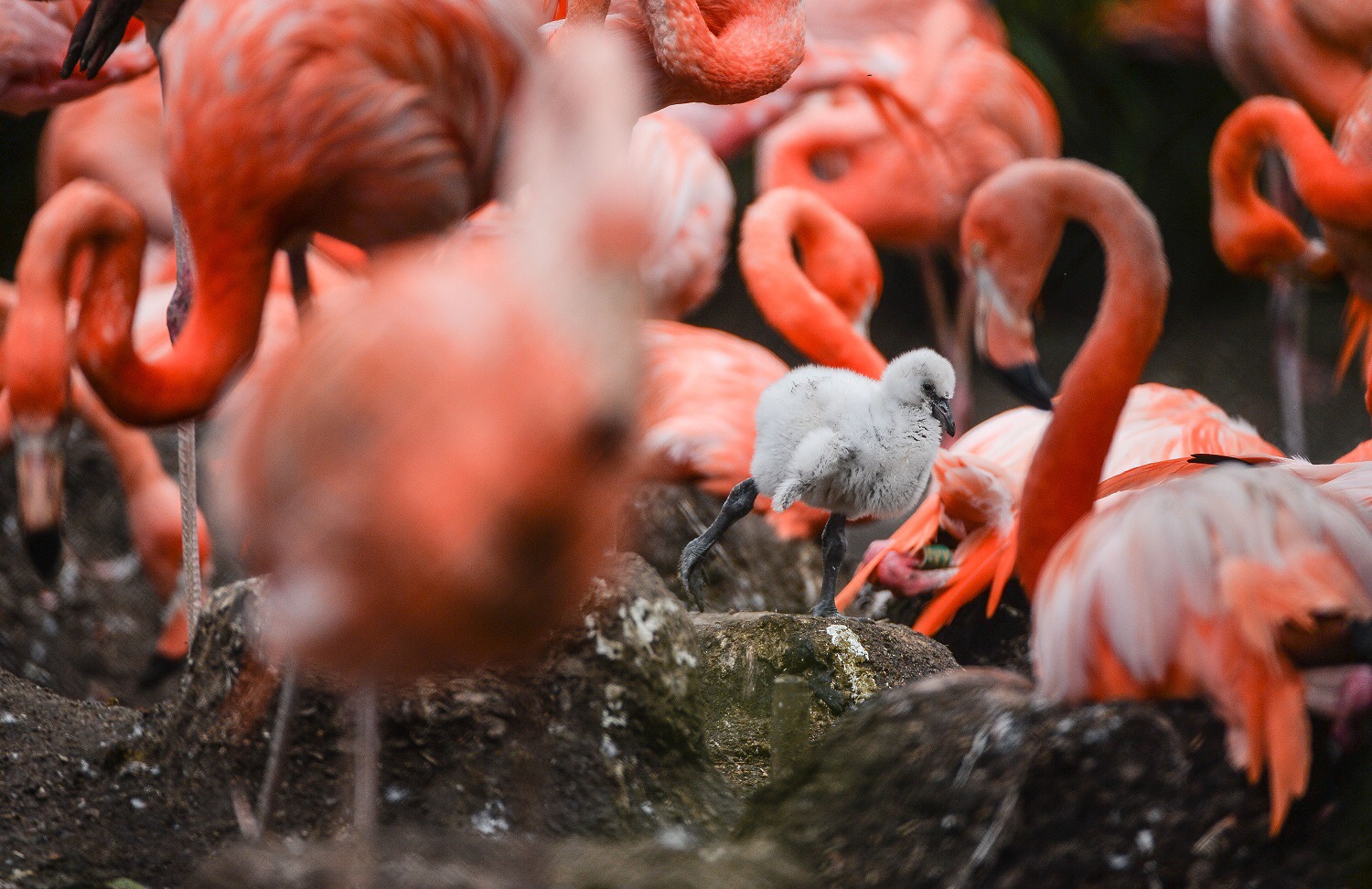 “It’s been a really successful breeding season for the flamingos and we’re delighted with all of the new chicks.

“They look like fluffy cotton wool balls with little wobbly jelly legs at the moment and it’ll be several months until their pink feathers start to show.
“For a few days after hatching the youngsters tend to stay really close to their parents but they soon grow in confidence and some have already started to wade in the water around their island independently.”
Chester Zoo now has more than 100 flamingos in its Chilean flock and over 100 in its Caribbean colony. 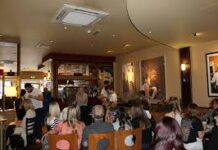 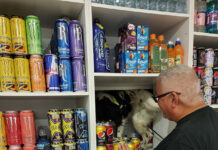