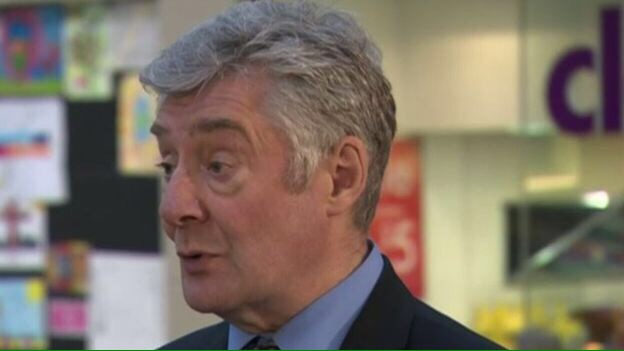 Three council leaders,one Mayor and a leader of the Labour opposition group have released a letter backing Tony Lloyd for Greater Manchester Mayor

The leaders of Oldham, Rochdale and Tameside councils, along with the ejected Mayor of Salford and the Labour leader of Trafford have published the following letter

We are writing today to make public our support for Tony.Now more than ever we need to be sure that we select the right leader, not just to take us forward, but to make the right calls on the challenges and threats that may arise.

Greater Manchester is at a crossroads. The shock vote to leave the EU has huge implications for the region. Whilst it’s important to get the right person for any new position, under these circumstances that importance in respect of the new position of Greater Manchester Mayor is particularly acute.

Tony is unquestionably committed to Greater Manchester. His service as an MP in the region for almost 30 years has given him an unrivalled understanding of the diversity of the cities, towns and villages across the conurbation and the needs of the communities that call our region home.

He has been an advocate of devolution from the very beginning and recognised the importance of local politics. This was demonstrated by his resigning from national political office and throwing himself in to the contest to become our Police and Crime Commissioner – not hedging his bets by staying on as an MP just in case he wasn’t elected.

Having been interim Mayor for almost a year, Tony has already had an impact on governance in the region. His values and principles are clear and have been borne out in the decisions that he has enabled the Combined Authority to take. He is working with Council Leaders protecting frontline policing, building the homes we desperately need, attracting business investment in to all parts of Greater Manchester and getting local people in to work.

If Tony becomes our Mayor, this would ensure stability of local governance. He would hit the ground running, and would place us in a strong position to tackle emerging threats to our prosperity and success, particularly in the light of the Brexit vote.

The new powers that will come to the Mayor’s office have the potential to change the face of Greater Manchester for the better.

As Leaders, having seen Tony in action and knowing of his strongly held values and beliefs, we are in no doubt that he is the best person to exercise these powers in the interests of Greater Manchester and all those who live here.

Top 10 Tips for Translating to and from English