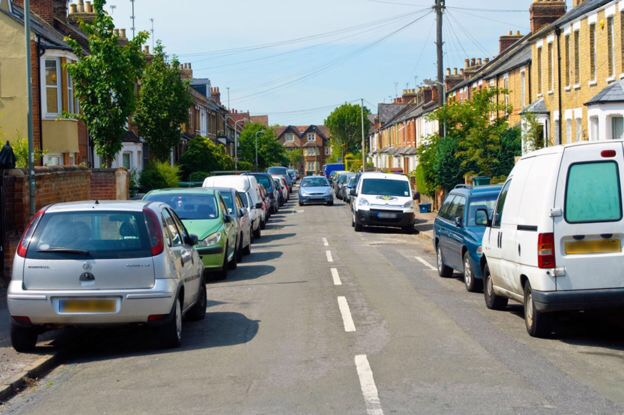 Two fifths of drivers currently parking on pavements could be fined up to £1.2 billion if new rules to ban pavement parking are agreed by the Department for Transport, according to a new study released today by Co-op Insurance.
The study, which reveals drivers’ attitudes towards parking highlights that 17 million UK drivers park on pavements.

Perhaps as a result of an increasing number of vehicles per household or period properties having limited parking facilities, currently, three quarters (73%) of drivers agree that parking fully or partly on pavements is the best approach in certain locations to avoid obstructing traffic.
When delving into the reasons these UK drivers are parking on pavements, a fifth (17%) say they’re just copying other drivers when mounting pavements and over a tenth (12%) do so simply to avoid their cars being dinted or scratched.
Just over one in 20 (6%) of drivers partly park on the pavement to avoid kerbing their tyres or alloys and a further one in 20 drivers (6%) say that they struggle parking their cars and so driving up onto the pavement makes it easier for them.

Among the reasons given for parking on pavements:

17% are copying other drivers when mounting pavements, 12% do so to avoid their cars being dinted or scratched, 6% want to avoid kerbing their tyres of alloys and 6% struggle to park so find it easier driving up onto the pavement

Highlighting that parking on pavements has become more common, just a quarter of drivers say you should not park on pavements.

Furthermore, one in 20 drivers think that if necessary, vehicles can be fully parked on pavements with other drivers detailing that ‘it doesn’t matter where you park as long as other drivers aren’t obstructed’.

The study highlights a need for further awareness of parking for drivers with over three quarters (76%) saying they’re unaware of any guidance available on parking.

“It’s no surprise that drivers are finding it more and more difficult to park with an increase in the number of cars on the roads, new housing estates and residents frequently dependent on street parking.
“However, it’s really important that drivers consider the impact their parking can have on communities, as well as the potential cost to them if these proposed fines are agreed.”

The UK’s food history revealed through five generations of data