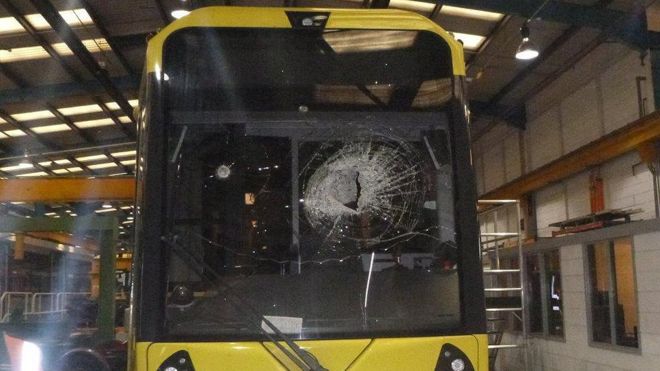 Travelling troublemakers can now be taken to task after Transport for Greater Manchester (TfGM) was granted greater powers to help tackle antisocial behaviour.

TfGM can now apply to the courts for civil injunctions banning troublemakers from tram and/or bus stops, stations or interchanges or from using Metrolink or certain bus services.  The orders can also be used to help address underlying problems that are contributing to antisocial behaviour, such as alcohol or drug misuse.

The powers were granted following a parliamentary approval process and will complement the work currently being done under the TravelSafe Partnership (TSP), a multi-agency approach to tackling crime and antisocial behaviour on Greater Manchester transport.

As well as using intelligence and data to help target patrols in the necessary areas at key times, the TSP operates an extensive youth education programme, which includes visits to school and youth groups and other outreach activities. Throughout 2018 more than 14,000 children and young adults received input from the partnership in these sessions.

Deputy Mayor of Greater Manchester Bev Hughes, said: “Securing these powers sends out a clear and simple message to those who continue to misbehave on the region’s transport networks that it simply will not be tolerated.

“While the number of incidents of crime and ASB are small compared to the number of journeys that are made every year, such incidents can and do erode confidence in a person’s decision whether or not to use public transport – which is why this is such a welcome development.

“I hope the small minority involved in antisocial behaviour take note and think very carefully about their future conduct and the impact and consequence on them if they were to be banned from our transport network.”

Crime Minister Victoria Atkins said: “It is unacceptable that people are experiencing anti-social behaviour in public places or whilst travelling.

“It is important that local agencies have the right tools to tackle these issues. That is why we have amended the Anti-Social Behaviour, Crime and Policing Act 2014 to give Transport for Greater Manchester the power to apply directly for Civil Injunctions to address anti-social behaviour on Greater Manchester’s transport network.”

In November 2017 Andy Burnham submitted a request to the Home Secretary, to extend powers under the Anti-Social Behaviour, Crime and Policing Act 2014.

The request was approved then debated by the House of Lords and the House of Commons before it was given parliamentary approval and made on 18 January. The powers came into effect today, Friday 8 February.

Video-witnessed wills to be made legal during coronavirus pandemic