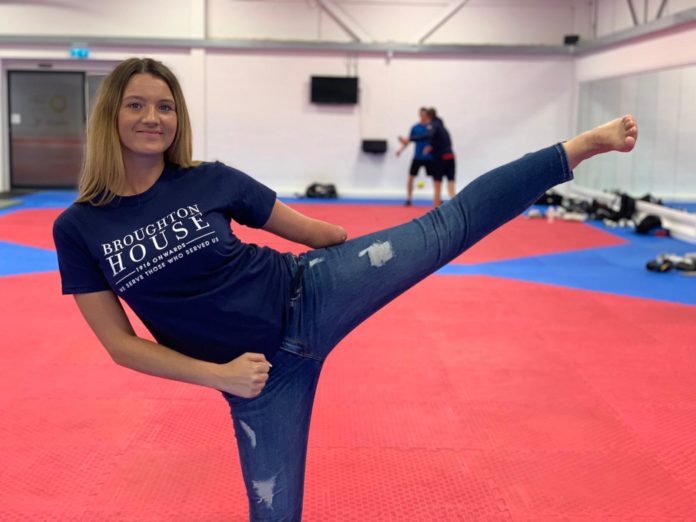 Amy, who is ranked number one in the world and is training full-time in Manchester for next year’s Paralympic Games in Tokyo, is from a military family.

Her late grandfather Samuel, her father Eddie, uncles and cousins all served in the British Army or are currently serving.

The 30-year-old, who is from Chester, follows Sale Sharks hooker Curtis Langdon in becoming an ambassador for the Salford care home, which is being transformed into a Veteran Care Village in a £14m redevelopment.

Broughton House ambassadors promote the home to increase awareness and attract new supporters, and attend or host events organised by the charity.

Amy, who is training at the National Taekwondo Centre in Newton Heath, Manchester, said: “Broughton House provides fantastic support and care for
ex-servicemen and women.

“Due to my family connections with the armed forces, it’s a charity that is very close to my heart and I’m so pleased to become an ambassador for it.

“She comes from a military family and truly understands the veteran world and the care and support required.
“Over the next couple of years, as we transition to becoming a Veteran Care Village, Amy will be supporting us and we will be thrilled to have her on board to raise awareness of Broughton House.
“We wish her the best of luck on her journey to next year’s Paralympic Games.”

A new lick of paint for historic cinema